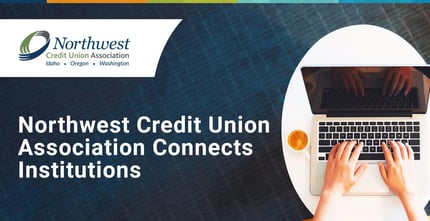 In a Nutshell: More than half of Washington, Oregon, and Idaho residents use credit unions as their primary financial institutions. The Northwest Credit Union Association (NWCUA) advocates for public policy that helps credit unions in the region compete fairly with larger banks. The organization also connects credit unions across these states with technology and community outreach resources that help them make a meaningful impact on members’ lives.

More than 120 million Americans belong to credit unions. In the Northwest U.S., 60% of Washington, Oregon, and Idaho residents use credit unions as their primary financial institutions.

Credit unions are member-owned rather than investor-owned, which means that members have more decision-making power.

“We know that these cooperative, nonprofit financial institutions exist in the best interests of the consumers they serve,” Troy Stang, President and CEO of the Northwest Credit Union Association (NWCUA), told us.

The NWCUA is the state and federal advocacy organization for the 380 credit union branches in Washington, Oregon, and Idaho. The organization advocates for public policy that accommodates modern credit unions in the financial landscape.

These Northwest states rely heavily on credit unions, perhaps because of the cooperative attitude of the region. In addition to credit unions, residents also frequently use food, grocery, electric, and other financial services co-ops.

“Leaning on each other as a community is not new to the region. It has been ahead of the curve in being attuned to the community, and that ensures these institutions are in tune with the needs of the marketplace,” Troy said.

Individuals interested in making informed decisions about their financial options may be particularly intrigued by credit unions. Troy suggested two recent events — the Great Recession and the COVID-19 pandemic — have spurred Americans to pay more attention to credit unions.

Credit unions in the Northwest were already prepared to shift to remote technology when the pandemic hit. For instance, credit union members had access to online resources, including mobile banking and personal money transfers, even earlier than those who used traditional banks.

NWCUA helps meet the demand for cutting-edge technology through collaboration among its branches. For instance, a credit union member in Seattle could use an ATM at a credit union in Boise without paying an additional fee.

Another aspect that was already entrenched was the trust members felt with these institutions. Many credit union members had personal relationships with representatives at their local branches who they interacted with when they had a problem they needed solved. Larger banks, on the other hand, rely on call centers to manage customer service.

“Last week, we had our industry conference, and one credit union was offering a program that continuously monitored the individual’s credit report. As their credit improved, the credit union reached out and reduced their rate on their loan,” Troy said.

Knowing who your customers are also helps credit unions in the Northwest react to threats that are multiplying in the financial services sector. NWCUA distributes information about innovative tools and technology to keep credit unions and their members safe from fraud.

Benefits of Credit Unions Over Other Financial Institutions

Individuals with poor or no credit often benefit from choosing a credit union instead of a bank. Credit unions typically have more appealing interest rates on savings accounts and loans. They also typically have lower fees and better customer service.

Because they are member-owned rather than beholden to investors, credit unions often have more flexibility in decision-making than banks do.

Credit unions can be chartered by the federal government or a state government. Nearly anyone is eligible for a credit union membership. Some accept members from entire states, multiple counties, or from workplaces or industries. The website yourmoneyfurther.com is a good resource to learn more about the options available to you.

“Credit union membership is smaller and better known to local branches, which helps establish relationships with branch managers and loan decision-makers. That can make it easier to get the loan you need,” according to Investopedia.

Some members may even remember when credit unions didn’t have the online or ATM options that traditional banks did, but that is no longer the case.

Credit unions can often provide more robust financial education, as well. For example, credit unions in the Northwest partner with local schools and colleges to offer early education, and with organizations to inform about elder fraud and other scams.

“At every stage of life, there is financial learning that needs to happen to help individuals understand better. It’s only a phone call away, and you can get the right budgeting tools from your credit union,” Troy said.

NWCUA helps its member institutions initiate those conversations with its members across these three states. Recent discussions between NWCUA institutions have focused on risk and digital currency. Members also share technology resources that they have found helpful.

NWCUA Operates with Members In Mind

Credit unions started gaining popularity in the United States about 100 years ago because they provide opportunities to people overlooked by mainstream banking. Working-class people and populations with poor or limited credit are often underserved by traditional banks.

That history is perhaps why credit unions are more community-oriented than larger banks.

“Credit unions were introduced to give people a voice. Even now, they are looking broadly in their communities to understand who isn’t being served and show them they can be better served by being a member of the cooperative,” Troy said.

The money deposited at a for-profit bank, rather than a nonprofit credit union, typically benefits shareholders, executives, and lawyers. In the United States, banks made more than $140 billion in profits in 2020.

Credit unions, on the other hand, ensure that deposited money stays within the community. When members deposit money or receive loans, that money gets reinvested in the local economy.

Much of that community involvement happens because credit union members initiate it. They are interested in giving back to their communities, and in turn, making decisions that are best for members, not investors.