Can Your Vision Guide You to Debt Freedom? 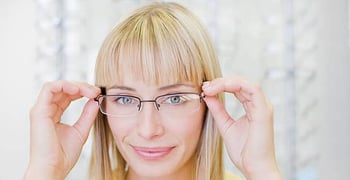 By: Chris Brew
Experts share their tips and advice on BadCredit.org, with the goal of helping subprime consumers. Our articles follow strict editorial guidelines.

Two years ago, I was struggling with debt and frustrated with the fact that I couldn’t break free from the paycheck-to-paycheck lifestyle, so I decided it was time to make a change.

Paying off debt was such a downer. I thought if I could just make the process fun, maybe I could actually stick with it.

I sat down and created a simple spreadsheet that listed all of my credit cards and their current balances. I then totaled these balances and plotted my total current debt on a line graph.

After each payment, I would add in the new balance and watch the dot on my line graph move up. I repeated this process month after month and found I was actually sticking to my efforts for the first time ever.

Paying off debt is a thankless, lonely effort. Watching your hard-earned money being redirected to a corporate giant is a punch to the gut, a sledge hammer to your ego.

It’s no wonder paying off debt is such a mind-numbing and difficult process.

We are visual people.

Ahh, but wait. What if we turned the tables and added a little visual fun into the mix?

Let’s look back at the dot I mentioned earlier. The reason this little dot helped me stay on track for the long run is because it visually represented the one moment in time that I could reward myself for all of my efforts during the previous month.

It represented patting myself on the back for ignoring that little voice in my head that always said, “Buy it and deal with the consequences later.”

“It’s important to create a visual

stimulant to track your progress.”

I thought to myself if seeing a simple dot move up on a line graph motivates me, what if instead of seeing a dot move, I see an animated story unfold.

Hmm, I thought, did my brain just stumble upon a completely new way to help people pay off debt?

I couldn’t answer this yet, but the idea intrigued me. The thought of creating a new visual way to monitor my progress that others could benefit from was all of the inspiration I needed.

Now after two years of tapping into my creative side, the iOS app My Mountain of Debt was born. The primary idea behind the app is to make paying off debt visually fun so you’re more likely to stick to your goals.

Make it visual. Make it fun.

Even if a smartphone app is not for you, it’s important to create some sort of visual stimulant to help you track your progress. Tap into your creative side and see what you can come up with.

Even a simple idea can turn into a powerful tool to help you stay on track with your debt reduction efforts!

Chris Brew
Chris Brew is the creator of My Mountain of Debt and the founder of Fun With Data, LLC. Two years ago, he was struggling with debt when he came up with the concept of adding video game elements to an app that helps make paying off debt visually fun. When not at work, he enjoys working out at the gym, hiking, riding his motorcycle and hanging out with friends. Connect with My Mountain of Debt on Facebook and Twitter.

Is It Actually Good to Be Debt-Free?

The Consequences of Being Free of Debt