60% of Americans Don’t Have a Personal Finance Budget 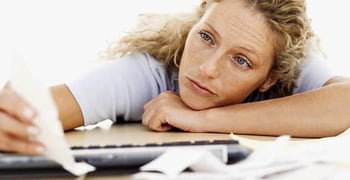 A study by the National Foundation for Credit Counseling finds when it comes to personal finance and money management skills, many Americans still fall short.

The NFCC survey shows 60 percent of Americans admit to not having a personal financial budget – the highest level since 2009.

In addition, 41 percent of adults grade themselves at a C or lower when it comes to their knowledge about personal finance.

According to Gail Cunningham, vice president of public relations at the NFCC, “Budgeting is a basic building block to personal finances, but too many people think budget is a four-letter word and become restrictive. People are afraid to see their spending staring back at them in black and white and (worry) that it will force a behavioral change.”

a C when it comes to finance.”

When asked whether they were spending less, only 29 percent of adults surveyed said yes. This compares with 57 percent who said they spent less in 2009.

As for credit card debt, one-third of adults carry a balance over each month and 15 percent roll over at least $2,500 every month on their credit cards.

Checking your credit report frequently is both easy and the best way to ensure your credit history stays on track.

If there is any good news in the study, it’s more Americans say they’re aware they lack the basic money management skills they need.

In fact, 73 percent said they could benefit from professional advice about their finances. Even so, it’s not clear how many would actually seek that advice.