5 Ways to Protect Your Identity and Finances 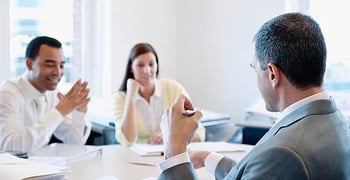 In light of the massive Target breach that recently affected millions of Americans, you may be concerned about the safety of your financial accounts and your identity.

You have reasons to be worried.

According to a December 2013 press release from the Bureau of Justice Statistics, “An estimated 16.6 million people, representing 7 percent of all persons aged 16 or older in the U.S., experienced at least one incident of identity theft in 2012.”

Additionally, “Financial losses due to personal identity theft totaled $24.7 billion, $10 billion more than the losses attributed to all other property crimes measured in the National Crime Victimization Survey.”

In some scenarios, there’s nothing you can do but react.

For example, with the Target breach, there were no outward signs consumers could have noticed and shoppers weren’t notified of the compromise until after it occurred.

Despite occasional situations like this where we have no control, there are proactive measures you can take in your day-to-day life to avoid becoming a victim of fraud or identity theft.

Here are five ways you can protect your identity and finances.

Fraud and identity theft take many forms and one is online hacking.

Thieves either uncover passwords or try to guess passwords. If your password is easily guessable (like “password” or “qwerty”), it will be easy for someone to get into your account and move your money.

Use a mixture of letters, numbers and characters with mixed capitalization.

Use multiple strong passwords. If you have trouble keeping up with them, consider using a secure program like LastPass that will store them for you and generate random new passwords that will be difficult for potential thieves to guess.

According to credit bureau TransUnion, criminals may call pretending to be a bank or government agency and ask for your information.

To protect yourself, avoid giving out personal information on the phone (such as your Social Security number or account numbers) unless you initiate the call and know for certain who you are dealing with.

If you receive a call and suspect it could be a fraud, hang up and find the official number for that business or organization.

Call and find out if someone from there was actually calling you or if it was a fraud.

“It’s important to keep an eye on

your statements every month.”

Along the same lines, the Federal Trade Commission recommends giving out your Social Security number only when absolutely necessary.

Examples of times your Social Security number would be needed include when you are signing up for a new credit card or cell phone contract.

But if you are asked for it at a doctor’s office or somewhere else you may not want to reveal it, ask why they need it and if it is necessary.

The FTC also warns consumers to avoid carrying their Social Security card in their wallets. Leave it at home or somewhere safe in case your wallet is stolen.

4. Dispose of documents and electronics safely.

Before you get rid of a mobile phone or computer, the FTC advises you make sure to permanently wipe the contents so someone else can’t access your personal information.

Additionally, make sure to shred any documents you no longer need, such as bank statements, returned checks or receipts.

TransUnion also recommends shredding credit card offers so someone won’t steal it from your trash and apply in your name.

As the Target incident revealed, even the most diligent measures can still leave us exposed.

Because of this, it’s important to keep an eye on your checking and credit card statements every month to make sure no unauthorized transactions occur. If you do see something suspicious, call your bank immediately.

You should be sure to request your free annual credit report every year at AnnualCreditReport.com to ensure no new lines of credit have been opened in your name without your permission.

You also can pay a fee to access your credit reports more frequently if you wish.

How Identity Theft Can Affect Your Credit

When Should You Give Personal Financial Information Over the Phone?

Will Apple Pay Be Safer? A ThreatTrack Security Expert’s Opinion