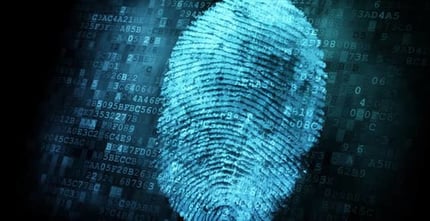 Alexandra Leslie holds a master's degree in information technology, specializing in business information systems and big data. She leverages her technical understanding of analytics and algorithms to equip BadCredit.org readers with savvy advice and thought-provoking industry coverage. When she's not authoring guides and features for a rapidly growing online audience, you'll find her seeking out new credit cards and debt relief services for our in-house experts to review and recommend.

An attack on your digital network can cost you more than a new hard drive and some updated passwords. Online security breaches threaten your personal identity, which can uproot your entire life.

Credit card information, client trust and company reputations can be exposed and exploited by identity thieves. They can take on debt and open new lines of credit in your name — before you know it, you suddenly have bad credit through no fault of your own.

In a criminal industry that is so personal, who can you rely on to help prepare and protect you?

We’ve assembled a list of the best identity theft protection blogs out there. Count on these security gurus to help you guard yourself against the threat of personal security attacks.

Need help removing negative marks on your credit report left by an identity thief? A credit repair firm can help you clean up the situation.

The primary mission of the U.S. Federal Trade Commission is to prevent deceptive or unfair, fraudulent business within the consumer marketplace. They provide tips and trade secrets to help protect consumers. The agency’s Consumer Information blog contains tools and tidbits to help readers identify signs of fraudulent malpractice in business and how best to avoid the devastating consequences of identity theft.

Data security expert Brian Krebs honed in on security interests thanks to a personal experience with an attack on his home network by a team of Chinese hackers. With a background in reporting, Krebs is fearless when it comes to combating security issues head on, leading the charge on exposing some of the largest breaches in recent history. He has been featured in multiple media profiles and has personally contributed more than 1,300 blog entries for The Washington Post Security Fix Blog.

Identity Theft 911 protects your reputation by inhibiting identity theft, playing the role of champion combatant in the battle to prevent data and security breeches. They offer solutions to prevent hacking, tools to strengthen against network attacks and even tricks to minimize human error. IDT911 has a long-standing legacy of working with customers to maximize consumer identity protection, teach breech response tactics and offer consultation for data and cyber security issues.

Identity Theft Blog offers free tools and training to thousands of site viewers worldwide. Experts from the Identity Management Institute contribute original content to their extensive database of knowledge. The blog educates readers on the identity obesity issue, a clever way to describe how companies and individuals share copious amounts of personal information — the number one cause of identity theft.

Robert Siciliano is an expert in all matters personal security and identity theft. Siciliano’s speaking and writing empowers Americans to increase their personal security and reduce liability risk to their identities. With numerous reviews in the media, including TIME, The New York Times and USA Today, Siciliano is one to watch as he constantly studies trends in security to help his readers avoid becoming an unfortunate statistic.

Fight Identity Theft empowers blog readers to do just that. Dave Nielson’s idea for the website stemmed from his interest and experience with the Internet and credit. His primary goal is to raise awareness of the dangers of personal security threats by offering tools to protect your identity. He helps readers gear up to fight identity theft and conquer enduring security protection techniques.

The Identity Theft Resource Center gives consumers access to education on cyber scams, data breaches, social media scandals and other issues of security fraud. They conduct training seminars and presentations to help Americans prevent security attacks and mitigate existing threats. Based on a fundamental belief that both individuals and large corporate businesses may fall prey to security victimization, the Identity Theft Resource Center focuses on support and cooperation with businesses, consumers, legislators and the law to help minimize security threats across the nation.

IronKey Solutions has decades of experience offering customers tools to store, secure and share their digital network. They’ve dedicated themselves to educating consumers on the best ways to prevent identity fraud. Their blog serves both as a resource to promote their leading encrypted hardware products and also promotes awareness for security protection techniques. They cater to businesses, as well as individuals, and you know they are as dedicated to your safety in the online world as you are.

The World Privacy Forum educates, empowers and enables individuals to shape and secure their personal identity through the digital network. They are a lead researcher for multiple platforms featuring the data industry, national commerce and identity. Reporting on key issues, including the underrepresented medical identity theft problem, The World Privacy Forum offers ground-breaking security education and resources to consumers.

No stranger to digital fraud, John Sileo founded the Sileo Group in response to a $300,000 embezzlement scheme that an identity thief conducted using Sileo’s identity, devasting two years of his life and destroying his company. Sileo’s mission is to help individuals and organizations protect their data and prevent breaches to the security that is tied to their wealth and livelihoods. He is a sought-after keynote speaker and trusted security confidant who strives to give his audience easy-to-understand, engaging education that they can readily apply to their everyday lives.

Don’t leave yourself vulnerable to the threat that comes with not knowing the potential perils of data security breaches. With the help of these identity theft prevention experts, you don’t have to become a statistic.