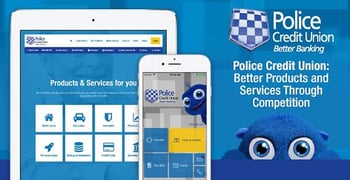 In a Nutshell: It’s easy to feel like you don’t have many options when it comes to financial services. The Big Four banks are usually among the first choices for many Australians. However, when it comes to competitive loan rates and personalized services, they aren’t always the best choice. Founded in Adelaide, Police Credit Union provides a welcome reprieve from the high rates and hidden fees often associated with bigger banks. Police Credit Union’s award-winning product set is especially known for its highly competitive personal loans and home loans, something more and more South Australians and Territorians are turning to each year.

Everyone has done it at one time or another. It usually happens after you’ve just paid your monthly rent. You begin tallying up all the money you’ve spent on rent over the years, and quickly become discouraged. It adds up all too quickly, and you’ve nothing to show for it.

It’s during these moments of self-reflection that many of us decide to get serious about finally becoming a homeowner. Regardless of your family status, owning your own home is a common dream shared by many — a chance to own a permanent place to call your own and finally have some real equity in the world.

But first-time homeowners often find themselves in sizable debt just a few years after jumping into a mortgage with unfavorable interest rates or hidden fees. Let’s face it: Few of us are financial experts, and we often fail to read or even fully understand the “fine print.” And when the Big Four banks put stability and profits over competing for business, it’s the borrowers who lose. In their quest to own homes, cars and other big-ticket items, Aussies now have some of the highest personal debt in the world, ranking fourth globally.

Fortunately, there are member-owned institutions, like Police Credit Union, which operate on an entirely different set of standards and values than The Big Four banks.

Police Credit Union offers personable service that is second to none, accompanied by dynamic products, and some of the most competitive rates in Australia. What sets Police Credit Union further apart from the Big Four is that all profits are poured back into its members’ benefits.

And don’t let the name fool you. When it opened its doors in 1970, Police Credit Union was originally “only open to members of police, ambulance, and hospital services, but today, anyone can apply and become a member,” according to Police Credit Union CEO Costa Anastasiou, adding that “Police Credit Union currently has over 39,000 members and has helped thousands of South Australians and Territorians achieve their financial goals and dreams with our range of better products and services.”

This kind of member-owned, values-based banking, coupled with Police Credit Union’s focus on a highly tailored approach to customer service, gives members the peace of mind that the financial advice and products they’re getting is sound, and their money is being managed by a trusted institution.

Providing Options to Relieve the Largest Source of Australians’ Debt

The source of Australians’ personal debt includes the usual suspects — debt from student loans, credit cards, investments, and, of course, mortgages. According to the Australian Bureau of Statistics, home loans make up over half of Australia’s $2 trillion in personal debt.

The problem has been exacerbated by what some have called a pervasive “lending culture.” That is to say, employees of the Big Four banks, along with mortgage brokers, are required to meet unreasonable lending targets or face stiff penalties. Some can lose their jobs altogether. Though some bank CEOs concede that reform is needed, the problems persist.

One of Police Credit Union’s favorite questions is “Can you do better than the banks?” They ask this because the products and services the credit union offers its members often outperform the banks, especially where home loans are concerned.

Police Credit Union now offers the lowest variable home loan in the institution’s history. Its Better Home Loan currently offers a 3.59% p.a. / 3.64% p.a. comparison rate. We looked into a similar loan from one of the Big Four banks, and its lowest rate was 3.99% p.a. / 4.96%. Police Credit Union’s loans also have no annual or monthly fees and may include 100% offset accounts, same-day approval, and low-rate credit cards. Going a step further, the credit union offers free property research reports through CoreLogic RP Data. These reports come with suburb details designed to give you an advantage when it comes to negotiating home costs.

It is somewhat difficult to be overly critical of large corporate banks because they are, after all, businesses. And businesses must turn a profit to please shareholders. However, when brand stability and profits overshadow the best interests of the customer, it’s time to look elsewhere. As Police Credit Union is quick to remind you, “Yes, you CAN do better than the banks.”

Its members can rest assured that their financial interests, above all else, are at the core of every values-driven decision the institution makes. In fact, it’s required by law.

Australia’s credit unions are bound by the Customer Owned Banking Code of Practice, which each director must follow by statutory requirement. This code exists for all Australian credit unions, mutual building societies, and mutual banks, which are ultimately owned by the individuals they serve.

Members of Police Credit Union are also shareholders and literally “own” the credit union. This Code ensures its members’ interests and assets — instead of those of profit-seeking shareholders — are protected by higher standards than the law requires in a host of areas.

Among the promises followers of the Code must adhere to are the pledge to be fair and ethical, recognizing customers’ rights as owners, giving clear and honest information about products and services, and recognizing their impact on the community as a whole.

Today, many people have stopped carrying cash, but nearly everyone has a smartphone. So, it’s no surprise that payment apps and services are flooding the market lately. But many of these apps have stiff fees and questionable security measures.

Fast Payments is not only quick, easy to use, and available to all Police Credit Union members, it’s also backed by robust security protocols. Unique verification codes make it virtually impossible for money to be taken from your account by an unknown party.

Powered with Osko by BPAY, Fast Payments enables near real-time transactions. Funds are automatically sent and received from accounts, so there’s no waiting or confusion as to what funds are available and when. This service is built right into the online portal Police Credit Union members already use for their online banking, adding another layer of convenience.

Police Credit Union provides its nearly 40,000 members with impeccable service, competitive products, and most importantly, peace of mind, and has the accolades to prove it.

Recently, Police Credit Union has been awarded Mozo Experts Choice Awards for their Better Home Loan in the categories of First Home Buyer Loan, Low Cost Home Loan, Offset Home Loan, and Split Home Loan. It’s quite an achievement, being recognized as having one of the best value home loans in Australia out of some 525 loans reviewed Last year, Police Credit Union also received the Mozo Experts Choice Award for Best Personal Loans. Specialists at Mozo, Australia’s leading money-saving website, chose Police Credit Union when comparing 239 personal loans from over 73 financial institutions. The credit union won similar awards for being a front-runner in the personal loan market in 2016, as well.

And it’s not just the quality of Police Credit Union’s products that has observers and members so pleased; the credit union is also known for its hands-on member service.

“We provide members and new prospective customers with a high level of one-on-one, personalized service in-branch, with one of our Personal Bankers, and over the phone,” Anastasiou said. “This second-to-none service allows personal questions to be asked and products to be explained thoroughly in an intimate, comfortable, and honest environment.”