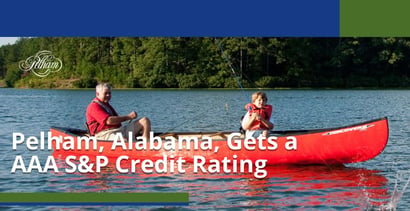 In a Nutshell: The city of Pelham, Alabama, recently learned that it is maintaining its AAA S&P credit rating. It is only one of four cities in the state to boast the credit agency’s highest rating. The city has worked hard in recent years to demonstrate that it is a fiscally responsible municipality that invests in projects that will benefit its residents. Pelham is leveraging its AAA credit rating to invest in a number of projects to benefit the city, including refreshing its water and sewer infrastructure, building a new fire station, and refinancing Pelham City School debt.

Here at BadCredit, we often explore credit topics related to consumers, including how to establish, improve, or rebuild credit. But credit ratings aren’t just for consumers. Companies, higher education institutions, and even municipalities receive credit ratings to help establish their creditworthiness to potential lenders.

The city of Pelham, Alabama, recently learned that it will maintain its AAA credit rating from Standard & Poor’s Global Ratings. It is only one of four cities in the state to maintain S&P’s highest credit rating.

We recently spoke with Pelham City Manager Gretchen DiFante, Accounting Manager Jenny Gray, and Communications Manager Ainsley Allison about the rating and what it means for Pelham.

“A credit rating to a city is important because it says to our citizens and our businesses that we are fiscally responsible,” said DiFante. The rating also lets prospective businesses know the municipality knows how to manage its money and puts time and effort into managing its budget.

“You also want businesses that are already here to feel good about growing,” DiFante explained.

“According to the report, S&P views the city as economically strong and cited recent changes such as the addition of professional city management, coupled with sound financial policies and practices, and strong budgetary flexibility as primary reasons for the rating,” according to a Pelham press release.

S&P also cited the city’s diverse tax base and solid economic stability during the COVID-19 pandemic as strengths of Pelham’s economy.

Gray explained why Pelham decided that it would be a good time to reapply for a credit rating from S&P.

“One, we had paid off a lot of debt, so we had a lot of debt that was rolled off our books, so we were in a really good position,” she said. “We’re also in a very good cash position. We just paid about $21 million in cash and capital projects.”

The city had been able to save cash as well, DiFante added.

These factors, along with a number of projects, including fire station improvements, senior center improvements, a new public library, and a new rec center, were all viewed very positively on the financial side of things, she said.

A number of recent city projects, including a new recreation center, helped demonstrate Pelham’s fiscal responsibility and commitment to its residents.

“And then from the management side, the city made a decision to hire a city manager four years ago,” DiFante said. “And I think that hiring a city manager says we’re going to be professionally managed. We hired someone who’s educated and trained and certified to run a business, to run an organization.”

The city saw some changes in senior management in recent years as well.

“We brought on a lot of people who were really well experienced for what they do — not just because they’ve lived here or there, or are related to somebody or are somebody’s friend in the finance area,” DiFante said.

Of course, the COVID-19 pandemic resulted in economic turmoil and uncertainty for many businesses and industries around the country. It also resulted in low interest rates nearly across the board. Pelham saw this as a great opportunity to reevaluate their credit rating and lock down low rates while they were available.

“We knew it was a risk but we felt good about maintaining our AAA rating, coupled with the fact that the financial rates were so good,” DiFante said.

Understanding the Value of Refinancing and Improving Services for Citizens

Allison discussed the value of refinancing debt and prioritizing the needs of citizens. She said the city wants to be able to do anything it can to improve its services for citizens.

“One of our key objectives is to consistently provide excellent customer service. Refinancing the debt and keeping the AAA rating communicates to our taxpayers — whether it’s a business owner, a resident or someone who visits our city — that we are fiscally responsible and good stewards of their money.” — Ainsley Allison, Communications Manager for Pelham, Alabama

Infrastructure improvements are a big part of this kind of strategy, Allison said. When cities make big financial decisions, citizens should be able to see what’s in it for them.

“What’s in it for our customers in the city of Pelham is better water service, faster response times — with the construction of a new fire station in one of our fastest-growing areas of the city,” she said. “Also refinancing debt on behalf of the schools will save the system $3 million. That’s $3 million more they can invest into the children in our community.”

“We’re actually in the process of hiring an Economic Development Director who will work to attract new businesses to Pelham,” she said. “We’ve got a lot of construction going on. I think our construction permits are up double digits, percentage-wise, from where they were last year.”

Bolstering Schools and the Water and Sewer Infrastructure

“The ratings review was requested in order to issue more than $32.6 million in new debt service to fund infrastructure improvements and capital projects and to refinance more than $22.5 million existing debt on behalf of Pelham City Schools,” according to the city press release.

DiFante said one of the major projects identified by the city’s leadership will fund critical improvements to the city’s water and sewer infrastructure.

Andre’ Bittas, Director of Development Services and Public Works, explained in the press release: “At current funding levels, it would take 24 years to replace the aging water mains. These funds allow us to shorten that replacement process to less than eleven years and replace the mains causing the majority of leaks in the city in the next two to three years.”

The funds dedicated to building the new fire station Allison referenced will also be used to purchase two new fire trucks for the city.

The new debt service will be paid from Pelham’s one-cent sales tax for education.

“We appreciate the Mayor and City Council looking out for the best interests of the schools,” said Pelham City Schools Superintendent Dr. Scott Coefield in the press release. “The refinancing was financially advantageous for Pelham City Schools; furthermore, the recent tax agreement between the school board and city makes sure the schools received the financial benefits of the city’s action.”