2 Easy Ways to Recover After Bankruptcy 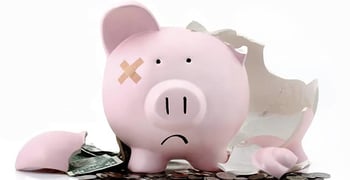 By: Stefanie O'Connell
Experts share their tips and advice on BadCredit.org, with the goal of helping subprime consumers. Our articles follow strict editorial guidelines.

When you file for bankruptcy, you eliminate your debt, but as far as the credit agencies and lenders are concerned, you’re not starting over with a clean slate.

In fact, a bankruptcy can remain on your credit report for up to 10 years, hindering your ability to obtain credit during that time.

Credit scores measure how well you pay back debt. While bankruptcy frees you from having to pay those debts, the fact remains you never paid those debts off and it will reflect in your credit score.

The good news is you can now take all the money you were putting toward debt repayment and interest and start building a better financial future by creating a cushion of savings or an emergency fund.

1. Get a secured credit card.

You’ll also want to start rebuilding your credit by signing up for a secured credit card.

With a secured card, you deposit a given amount of money into a bank account and that amount becomes your credit limit.

If you’re able to maintain a positive credit history with the secured card, by making consistent on-time payments, you may qualify for a higher limit or an unsecured credit card within one to two years.

“After filing, you’ll want to

make sure all accounts included.”

For major loans like a mortgage or an auto loan, you’ll want to take the time to get your credit score back up to at least 650 to ensure a decent rate.

With a bankruptcy on your credit report, you’ll still be considered “credit-impaired” to lenders, so be prepared to pay an extra two to three points over conventional interest rates.

Be sure to get a loan that lets you refinance in the future without a penalty. This will help you get a better rate after re-establishing your credit.

2. Keep a close eye on your credit reports.

After filing, you’ll want to make sure all the accounts included in your bankruptcy are noted as such.

As you reach the end of your penalty period, you’ll want to make certain the bankruptcy has been removed. While that should happen automatically, it’s worth double-checking. Then you can officially celebrate!

When Is Bankruptcy Removed from My Credit Report?

5 Ways to Raise Your Credit Score After Bankruptcy