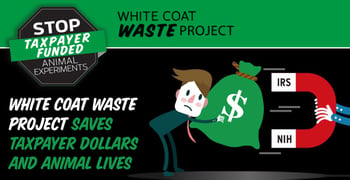 In a Nutshell: The United States government spends $20 billion on animal testing each year despite the practice offering little return on that investment. And many people — including elected officials — aren’t even aware of those experiments or their cost to American taxpayers. That’s why the White Coat Waste Project is on a mission to expose testing programs and end the abuse of both animals and public funds. The organization successfully rallies public officials and private citizens from across the political spectrum behind its fight for increased transparency. The White Coat Waste Project has earned many meaningful victories since its founding in 2013 and has plenty of legislative efforts in the pipeline for 2020 that focus on further waste reduction and animal well-being.

In the Fiscal Year 2020 Appropriations bill — also known as the annual spending bill — Congress directed agencies to find alternatives to government-funded experiments on cats, dogs, and monkeys. That set a precedent for ending medical testing on animals, making it a major victory for animal advocates. But it’s also a significant victory for taxpayers.

Each year, the U.S. commits billions of dollars to animal testing projects conducted by government agencies and other research groups. Unfortunately for animals and taxpayers alike, that research rarely yields any actionable results, which is a waste of time, money, and lives.

The White Coat Waste Project set out to end those reckless expenditures. 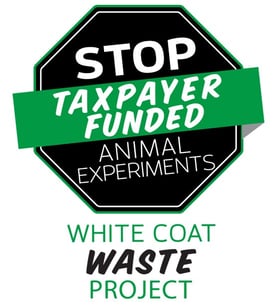 “We’re a taxpayer watchdog group, and historically there’s been a troubling lack of transparency and accountability about how money is being spent,” said Justin Goodman, Vice President of Advocacy and Public Policy at the White Coat Waste Project.

“A lot of the work we’re doing is simply exposing projects and working with Congress to get more information about where this money is going,” Goodman said. “Unfortunately, many times when we find out where the money’s going, it’s tied to something terrible that we then work to shut down. The reason it has gone on for so long is that even members of Congress who are on the committees funding these agencies don’t know how the money is being spent.”

White Coat Waste Project publicizes those instances of misspending, rallies its more than 2.5 million members, and actively engages with congressional representatives. Together, these groups, from across the political spectrum, work to save taxpayers billions of dollars while ending unnecessary and cruel animal testing.

In the past, private-sector animal testing, especially that done by cosmetics companies, has been primarily a public concern. As the problem continues, consumers can always refuse to give their business to companies that conduct animal testing. However, that isn’t the case with government-funded trials.

“The biggest problem — the market-maker for animal testing, as it were — is the federal government. The United States government is the single largest funder for animal testing in the world,” Goodman said. “The National Institute of Health (NIH) and other agencies spend about $20 billion a year on animal testing. It is widely acknowledged to be incredibly wasteful — nevermind inhumane —and is opposed by most Americans.

Unfortunately, that problem continues to grow along with the NIH budget, which increases by several billion dollars each year. And the institution spends about half of its budget on animal testing each year.

“People are welcome to a consumer boycott if they want, and they can choose to support a company or not, but you have to pay your taxes,” Goodman said.

Despite the massive federal funding commitment to animal testing, the NIH and the Food and Drug Administration (FDA) acknowledge that 90% of drugs that pass animal testing fail in human trials. That proves they are either ineffective or outright dangerous.

Such failures represent a decade’s worth of wasted time and money. Still, NIH continues to commit nearly half of its $41 billion annual budget to animal experiments, and the federal government keeps adding to that budget.

“This is an issue that should really concern anyone, whether they’re someone who cares about government waste or animal welfare,” Goodman said.

Businesses and Universities Also Profit from the Practice

In the United States, animal testing is still big business, a fact attested by the $20 billion in federal funding alone. According to Goodman, research universities are also major culprits in sustaining the animal testing economy. However, many participate in the practice not to advance medical knowledge but to boost their own bottom lines. 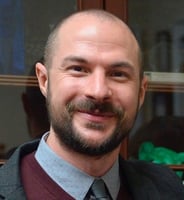 Justin Goodman, Vice President of Advocacy and Public Policy at the White Coat Waste Project, talked about the organization’s impact.

“Universities are getting billions of dollars to do this, and they want to keep the gravy train chugging along,” Goodman said. “When they get funding for animal testing, a portion of that is spent just on overhead. They’re using that money to renovate buildings, keep the lights on, and order supplies — nothing that has to do with research. A lot of it becomes a slush fund, and they want to keep that going. That’s one of the big problems in the business.”

Private companies also profit from that dynamic by breeding the animals, transporting them from breeding facilities to testing facilities, manufacturing essential goods like food and cages, and tending to the remains when animals die or are killed when the studies end.

As a result, the money continues to circulate within the animal testing economy. And as long as the cash keeps flowing, these companies will provide the goods and services that the marketplace demands — it is the nature of a free market.

That’s why removing money from the market would have an immediate, profound impact. And White Coat Waste Project accomplishes that by working with Congress to defund government-sponsored animal testing.

White Coat Waste Project was founded in 2013 and began its forward-facing policy campaigns in 2016. Its anti-spending, pro-animal agenda has garnered broad appeal among Americans and their elected representatives.

“The unique thing about it is that we bring in folks from all ends of the spectrum who may not have known that this is a federal spending problem or a government waste problem,” Goodman said. “A lot of the work we do is simply educating taxpayers about where their money is going and giving them the tools to hold the government accountable.”

In the span of just a few years, the project’s efforts have yielded significant results. For example, the Veterans Administration had been conducting experiments in which dogs were given heart attacks by injecting latex into their arteries, and others were injected with methamphetamines.

White Coat Waste Project pushed for the defunding of VA labs that experimented on dogs.

Thanks to the White Coat Waste Project, most of these experiments have ended or are in the process of being phased out. Likewise, the Environmental Protection Agency has committed to ending all of its animal testing by 2035, with a 30% reduction by 2025. And working together with famed primatologist Jane Goodall, White Coat Waste Project has helped end the FDA’s nicotine addiction studies on monkeys and successfully relocated the test animals to a sanctuary in Florida.

“Not only are we raising awareness about the problem, but we’re also solving it,” Goodman said. “We’re getting these wasteful experiments shut down. In the best-case scenario, we’re giving animals a second chance to live. We’re very lucky. We feel very grateful for the incredible support we get from members of congress and our grassroots members who help make this all happen.”

In addition to the deadline laid out in the 2020 spending bill, White Coat Waste Project advocates for many other pieces of legislation that address taxpayer-funded animal testing. The PUPPERS Act, or the Preventing Unkind and Painful Procedures and Experiments on Respected Species Act, aims to end the VA’s painful dog testing, and the AFTER Act, for Animal Freedom from Testing, Experiments, and Research, requires federal agencies to rehome test animals instead of euthanizing them. The AFTER Act is especially timely and increasingly vital as the project’s efforts yield more results.

“There’s widespread public opposition, and the people opposed to this stuff — whether they’re on Capitol Hill or Main Street — are fired up, and they want to do something about it,” Goodman said. “We’ve seen that translate into concrete changes in public policy and federal policy. We’re getting animals out of labs, cutting wasteful projects, and raising awareness about this problem.”

For those who are eager to get involved with White Coat Waste Project’s work, Goodman recommends sending a message through AddictedToSpending.org. There, they can access form letters and tweets to send to government officials expressing opposition to NIH’s primate testing. They can also enroll in the project’s mailing list, which will update them on the progress of campaigns.

Whether people oppose animal testing, wasteful spending, or both, they can easily get involved with the project to improve the lives of animals and put public money to better use. And the White Coat Waste Project has grown into a movement that taxpayers and politicians on the left, right, and the center enthusiastically rally behind.

“We don’t have a litmus test for our members. As long as you oppose taxpayer-funded animal testing, you’re welcome in White Coat Waste Project. We’re a very wide-tent cause,” Goodman said. “We’ve got open arms, and we’re always looking for new allies.”