Value Vacations — A Local’s Perspective on Why Cheyenne, Wyoming, Deserves to Be Your Next Budget-Friendly Destination

While vacations are considered to be luxuries, a lot can be gained from getting out of town — and your comfort zone — once in a while by seeing new places. And, when you find destinations rich with culture that don’t actually require being rich to visit, you’ve found an ideal travel spot.

Once such location is Cheyenne, Wyoming, a scenic frontier mountain town that has preserved its Old West charm, while also modernizing to include all of the conveniences you’d expect in other parts of the US.

Recently, we had a chance to sit down with Laura Levi, Digital Marketing Coordinator at Visit Cheyenne, to get the lowdown on all the affordable activities the city offers from a local’s perspective. And, if you’re still looking for more ideas while in Cheyenne after reading this article, check out this list of 20 free things to do in the city.

What brings the most tourism to Cheyenne, and what are some of its can’t-miss attractions?

Cheyenne sits at the crossroads of Interstate 25 and Interstate 80 — two of the largest interstates in the country. So we are the gateway to the rest of the state of Wyoming, right in the corner near the Colorado border. People arriving from Denver would go through Cheyenne to come to the rest of the state. So the tourism that comes through here is looking to get away, generally, in a more Western atmosphere — a more outdoors-type situation.

Some of the can’t-miss attractions in Cheyenne would include the Historic Depot railroad because the railroad is what our city was built around. Then, we have Cheyenne Frontier Days, which is the world’s largest outdoor rodeo that started in 1897. It started out as cowboys practicing their trade and kind of showing each other up, and it turned into a 10-day festival celebration every July.

During Frontier Days, there’s a rodeo every single day for 10 days. Then, in the evenings, there is either country-western entertainment or there are a couple of nights where it’s professional bull riding. There’s also a big carnival, four parades, and three free pancake breakfasts, where we serve anywhere from 7,000 to 10,000 people in a morning.

What is the most popular time of year to visit Cheyenne?

The most popular time of year is obviously in the summertime since we’re a mountain town, but there’s always something going on in Cheyenne, regardless of the time of year that you come.

Even in the fall and winter, we have festivals that are going on. The Greek Festival is in the fall, and then for New Year’s Eve, we have a giant ball drop just like New York. And starting into the spring, we have a big collegiate rodeo, so there’s always something. Within about 25 minutes of Cheyenne, there’s a place called Curt Gowdy State Park, where we have internationally rated fat bike trails and there’s snowshoeing.

What are some of your personal favorite things to do and see in Cheyenne that are free or affordable?

We have several museums that do not cost a thing that showcase the history of Cheyenne, and they’re super fun. One of the best and brightest things to do in Cheyenne is our Botanic Gardens and the Grand Conservatory there. 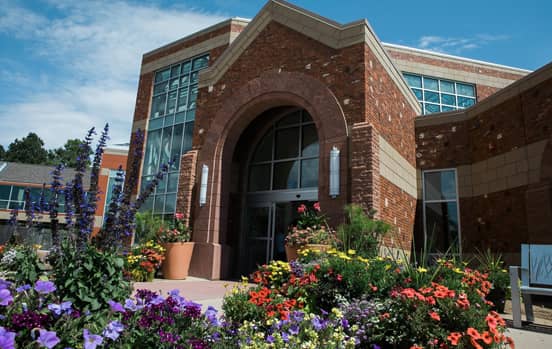 Cheyenne Botanic Gardens is open all year and has beautiful greenery to explore.

It’s a world-class conservatory, and it’s absolutely free. They have all different kinds of gardens on the surrounding grounds, so if I have a company, that’s one of the first places I head. It’s also open year-round, so that’s helpful.

What are some popular local dishes to try and restaurants that won’t break the bank?

Cheyenne is home to a big bison ranch called Terry Bison Ranch. One of the things that I would consider more local food is bison, so people serve bison steaks and bison burgers.

And, because it’s a pretty carnivorous state, one of the other local things would be Rocky Mountain oysters.

Do you have any advice for tourists looking for affordable lodging in and around Cheyenne?

If you’re coming and looking for a really affordable way, camping in and around Cheyenne is probably the most affordable lodging you can find. You can also camp at Curt Gowdy State Park and stay in the mountains in a tent. There’s nothing more affordable than that. 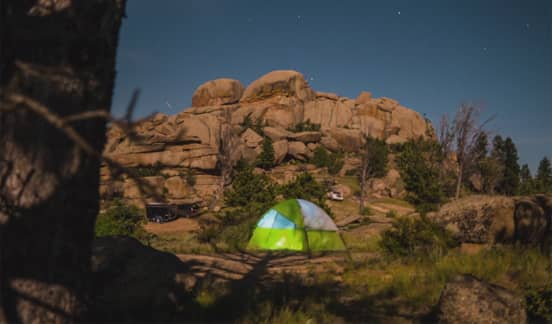 Putting up a tent and enjoying Cheyenne under the stars is the most affordable place to stay while visiting.

We’re surrounded by wildlife all the time — sometimes to the point of taking it for granted that you see a herd of antelope on the way home or you might have an antelope in your neighborhood. I had a client one time ask me, “Can you see the stars where you are?” And I said, “Every single night. It’s one of the most fantastic things about living here.”

What’s the most economical way to get around town?

We have a city bus, and it’s $1.50 each time you ride it. In the summertime, we have a program called Re-Ride Me. It’s our bike program, where you can pick up a bike at several stations around town and ride them around and return them to even a different location than where you started.

We also have a horse-drawn carriage that takes you around and does tours, and that’s completely free. He works for tips.

What do you think makes Cheyenne stand out as a tourist destination among other American cities?

It’s because of our history and our location. We are a modern Western city, so you’ll still see cowboys walking the street, but we have high-speed internet and fantastic restaurants and lots of things to see and do.