In a Nutshell: Data aggregation and analysis are the foundations of business on the internet, but storing that information in centralized repositories often puts consumer privacy at risk. That’s why uPort aims to resolve that problem by leveraging Ethereum blockchain technology to decentralize identity information. The approach not only makes data less of a target for malicious hackers but also puts the individual back in control. The company’s solutions have already been deployed through partnership ecosystems, paving the way to mass adoption.

In 2013, Yahoo! experienced one of the most significant data breaches in history, which compromised the information of more than 3 billion users. Damage was done not only to the company’s stock but also to the users whose names, dates of birth, and contact information were stolen.

In the digital era, this sort of information is big business. Many search engines and social media platforms make the vast majority of their earnings from collecting and analyzing user data and selling targeted ads based on it. That approach often means centralized repositories of data — which can attract cybercriminals like moths to the flame.

That is why the team at uPort set out to create a decentralized identity and data storage solution built on Ethereum blockchain technology that secures user information while streamlining its flow and simplifying verification.

“We recreated a lot of the same functionality for the commercial environment, as well as peer-to-peer engagement, but we don’t have the data centralized in such a way that it’s a honeypot for hackers,” said Joshua Shane, Head of Growth at uPort.

As the Yahoo! breach and so many others in the news demonstrate, personal data is far from secure. And many digital consumers resent the way sites, ISPs, and other online entities collect and profit from their browsing habits and personal information.

But, even as this profit model remains heavily entrenched in the modern market, uPort sees an opportunity to revolutionize how that data is stored and used.

Under the current paradigm of identity information management, data is aggregated and stored in centralized locations, including servers operated by a company. A handful of data brokers manage all of this information.

In the finance industry, when a consumer applies for a loan, the lender will contact the credit bureaus to obtain a credit report, on which it will base a decision. 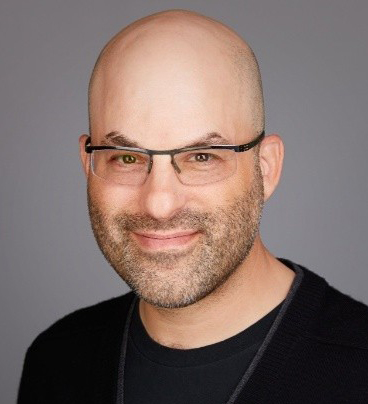 Joshua Shane, Head of Growth at uPort, spoke with us about blockchain’s security applications.

But as the Yahoo! breach demonstrates, this approach to data storage has some dangerous pitfalls. Hackers have repeatedly shown the vulnerability of this centralized method, and accessing millions upon millions of personal data points is well worth their time and effort.

Beyond external threats, internal mismanagement of user privacy and security presents another inherent risk to personal data. Sometimes that takes the form of an aggregator providing access to a third-party that shouldn’t have that information.

And Cambridge Analytica’s inappropriate collection and misuse of Facebook user information show that the threat is not limited to financial gain but also extends to political and social manipulation.

“How do we re-architect a solution that allows us to have the kind of trust that is necessary while putting data back in the hands of individuals so they can control that data as it floats around the internet? That’s the question we plan to answer,” Shane said.

But that mission to put data back in the hands of the consumer is functionally useless if its trustworthiness cannot be established and verified. The solution to security, establishment, and verification lie in blockchain technology.

A New Model of Data Trustworthiness and Control

The blockchain is best known as the foundation for virtual capital known as cryptocurrency. And in the same way that blockchain technology ensures that every bitcoin is legitimate, it can also ensure that privately held information is trustworthy.

Blockchain works by recording every transaction — of cryptocurrency or anything else — in a unique, individually identifiable block of data. Each block is linked to the block immediately preceding and following it, which also represent unique interactions. Connecting these interactions means that blocks cannot be removed or reordered, nor can a fake block be inserted into the chain. Thus, blockchain ledgers are resistant to tampering and hacking, thereby creating a reliable, comprehensive record of interactions. 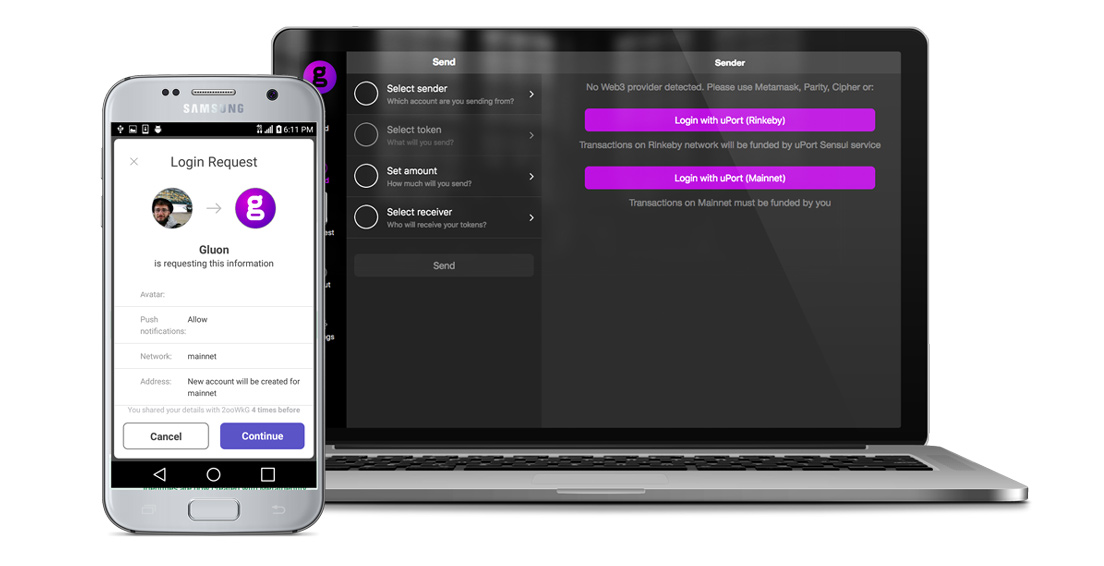 This system helps uPort users overcome the challenges of establishment and verification. Blockchain creates a global registry of valid credentials and attestations linked to a set of personal keys, providing documented proof of interactions among companies and individuals.

That ensures that the entity in question is legitimate and has good standing in the business community. In other words, putting business registries on blockchain provides data about past transactions and allows other parties to act with confidence that their business dealings are legitimate.

And because the information is decentralized, the user holds the privacy keys. That approach allows for maximum data control, which discourages malicious hackers from targeting individuals to steal data.

But uPort faces challenges on more than just the technical side. While blockchain solves the problem of trustworthiness, it doesn’t automatically overcome another obstacle, which is accumulating a user base. 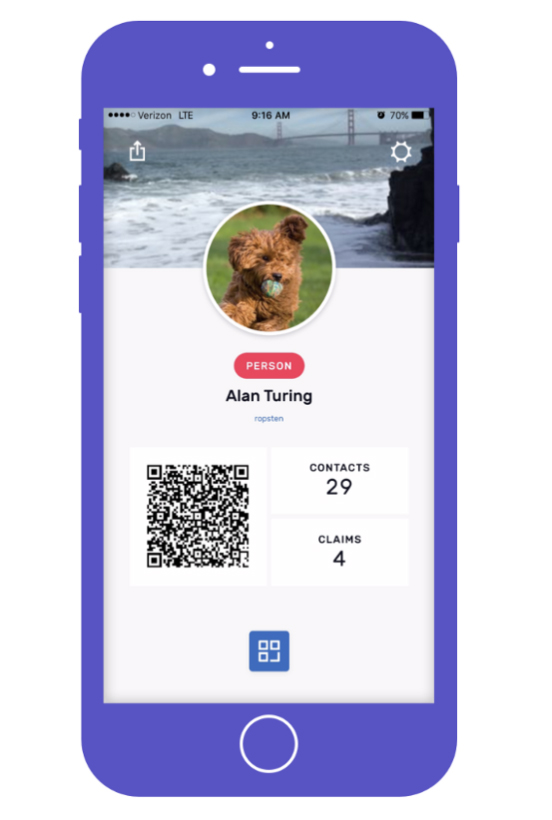 Cyberthreats can be minimized when identity information is stored at the user level.

But uPort’s solution lies in its partnerships with existing consortia. A consortium is an association of two or more organizations — such as businesses or governments — that participate in a common activity or pursue a common goal — including providing healthcare or financial services.

“Rather than trying to pull in all the end users in the world, we’re going where there’s an existing market and an existing need for this kind of system,” Shane said. “Creating an identity solution that works within this consortium model does two things. One, it provides a baseline trust because, if you are a member of this consortium, you are automatically considered trustworthy. And two, anyone within that managed ecosystem only needs to use the solution.”

Just as blockchain solves uPort’s technical obstacles, partnering with other entities within a consortia ecosystem can solve the social challenges. The consortium has already established trust among members, and its sheer number of members brings uPort that much closer to mass adoption.

“The idea is that, once we build up a lot of this infrastructure and have a bunch of these consortia ecosystems, they will end up overlapping. Then we will have a full services offering,” Shane said.

Establishing a widespread solution to identity verification now requires only time and implementation, and uPort’s solution is already functional. But changing the landscape of digital identification requires execution and adoption.

Blockchain deployment helps uPort meet that challenge and, in the process, mitigate the hazard of mass data breaches and theft of personal and business information. The company enables consumers to control their personal information rather than merely allowing it to be harvested, stored, and used. And decentralization helps to circumvent the potential for exploitation that exists any time a concentration of valuable information exists.

“It solves all sorts of problems with regard to liability and de-risking data while also having a stronger relationship with the customer,” Shane said. “With uPort, we can help companies forge trust and maintain the brand value of the relationship built on consent and trust.”