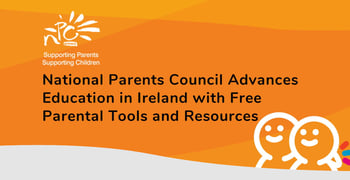 In a Nutshell: Parental support can have a critical impact on a child’s education. That’s why the National Parents Council in Ireland facilitates involvement in children’s education by offering training sessions and a helpline to engage parents with teachers in day-to-day activities. NPC also acts as the voice of parents in public conversations involving education, and it strives to ensure that opinions and concerns are heard and considered. As homeschooling has become more prevalent in Ireland, NPC is dedicated to supporting teachers and parents to ensure they work together to benefit students.

In 2011, Ireland’s Economic and Social Research Institute published a study of parental involvement in post-primary education. It found that parents were heavily involved through informal channels like academic decision-making, discussing progress in school, and helping with homework.

However, the study also found that they were less involved through formal channels. They relied more on passive engagement than on active participation, including getting involved in parent councils, which the study found was typically restricted to well educated, middle-class parents. 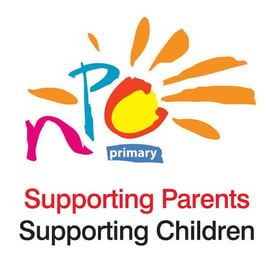 That engagement was also limited by time constraints as some parents could afford to devote more attention to academic involvement. But the institute also suggested that another factor contributed: the perception that schools lack openness to engagement.

The mission of Ireland’s National Parents Council is to increase contact and transparency in the educational system. NPC, which was established in 1985, exists to ensure that all parents are supported and empowered to become effective partners in the academic engagement of their children while they are still in early and primary education.

“We’re an organization that supports parents who support their children,” said Aine Lynch, CEO of NPC. “We feel the parents are absolutely critical, and parental involvement is essential to children reaching their full potential. The parents wouldn’t be doing the things they’re doing if it wasn’t for the best interest of their children. That’s why we keep our vision on the child rather than on the parents.”

NPC encourages schools and the educational community to welcome parental involvement and to work with each other as partners in facilitating learning. Teachers and other educational professionals receive valuable feedback and support from parents, while parents can participate in decision-making that affects their children and families.

One of NPC’s primary functions is to provide parents and the educational community with support services to help children in all aspects of education. The organization furnishes three services: a helpline, training programs, and participation in Partnership Schools.

NPC’s helpline addresses parental concerns surrounding their child’s education. It covers topics from academic struggles like poor grades to social issues, including bullying. It also helps address issues regarding school supervision as well as policies and transportation to and from school. Lynch said, “It’s generally to support working with parents more effectively.”

The helpline is available to teachers as well. Educators can receive support to help them work more effectively with parents.

Parents and educators can take advantage of NPC’s helpline.

“That can be around parent structuring in schools, supporting a parent’s association to better work within a school, and it can also be around individual parenting issues that are linked with success in school,” Lynch said.

Partnership Schools Ireland is a joint venture between NPC, Irish Primary Principals’ Network, and the Department of Education and Skills. The goal is to help students achieve a better education through coordination and cooperation within school communities. Together, communities examine a school’s current work and find ways to improve and add value through goals and yearly action plans.

“That’s another type of service provision, but it’s with the whole school community, not just parents,” Lynch said.

One of NPC’s primary roles is to act as the voice of concerned parents in conversations with other education stakeholders. NPC consults with parents and then presents their views in external groups, institutions, and mediums.

“One of the cornerstones of developing policy in Ireland in education areas is stakeholder consultation,” Lynch said. “We have the teachers unions and we have the management bodies that manage our schools, and then our role is to bring the parent voice to that discussion as well as make sure we represent the views of parents. And more recently, we’ve been trying to represent the views of children at primary school in those discussions as well.”

NPC contacts parents and sets up town hall-style meetings when educational issues — including curriculum, school policy law, or admission policies — arise. The organization also learns where parents stand on particular issues and publicizes their views to the government and public at large.

In 2020, the Department of Education and Skills came to NPC seeking information about how parents were managing home-schooling during the COVID-19 pandemic. NPC issued a survey to contacts in its database, and within days, received 10,000 responses.

“It was a really kind of practical one around how parents are managing,” Lynch said. “We’re trying to capture the learning from them because obviously there’s a huge challenge for parents, children, and schools. But I think there’s also great opportunity we need to capture as well.”

As of May 2020, NPC’s database contains more than 15,000 individuals. So when a survey is issued or a meeting is held, plenty of opinions are represented. NPC strives to balance the plurality of voices and ensure all are voiced in public conversation.

“When we deliver survey results, we’re often balancing those results,” Lynch said. “Generally speaking, you have quite a clear message within survey results. But you also need to make sure you’re not diminishing the smaller number of parents who might be saying something else because their voice is still relevant.”

One example is the topic of religion in education. Lynch said many schools in Ireland are owned and operated by religious institutions, which can cause friction for parents and students. 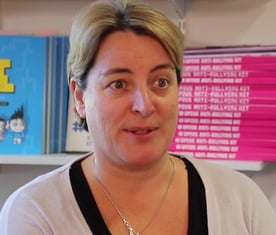 “If you’re not of a particular faith, then it’s very hard for you to uphold your right to having secular school provisions,” Lynch said. “We did a survey of parents a number of years ago about that and the vast majority of parents who responded to us didn’t care. But there was a small minority of parents who didn’t just care, they cared passionately about their child’s education and it being secular or not, or the fact that they wanted their right to send their child to a Catholic school or a Protestant school.”

NPC presented that minority view in public conversations to the educational community. That ensured both parent and student rights to education and faith were upheld.

“What a lot of parents told us at the time was that they all felt heard,” Lynch said. “They felt heard because we were representing the majority voice in that. But the parents who felt that they had a minority view also felt that we represented their voice.”

As of May 2020, education in Ireland has been home-based due to the COVID-19 pandemic. Although that created some friction for parents and students, it also presented a fresh opportunity for parents to engage in their children’s education.

“Particularly in Ireland, we’ve grappled with remote learning, internet-based learning, and using technology to learn,” Lynch said. “Even in the classroom, we’ve been grappling with it for many years, and it seems to be a very slow conversation and intermittent implementation. For a lot of people, learning using technology has meant having an e-book rather than a hardcopy book.”

But COVID-19 presented a greater risk than the potential pitfalls of online learning. When public health concerns mandated safety measures in Ireland, Ireland’s distance learning experiments were fast-tracked — and with surprising results.

“We don’t have the luxury now of thinking, ‘What’s the risk of doing this through internet or remote or using technology?’ We’ve got no other choice,” Lynch said. “That has allowed us to be braver in the things we do and actually realize that some of those risks we worried about aren’t the things that matter when you’re using this technology.”

And students and teachers are not the only ones exploring the potential of virtual education. In-person training sessions are also on hold, so NPC has transitioned to hosting training sessions on Zoom instead of in schools. But although these models of distance engagement are working, they still present challenges, including reaching families without access to the internet or digital devices.

And, of course, the specter of an even larger challenge looms: the needs and concerns surrounding safely reopening schools. As with all things related to education, NPC is an active participant in that conversation, too.

“What we’re bringing back to the discussion now is that there are other risks there as well,” Lynch said. “With children staying out of school, we may well be protecting them against virus transmission, but they’re experiencing other risks, and we need to have some balance in that conversation. I think our connection with parents can bring that forward into examining some of those other risks that parents are struggling with.”