In a Nutshell: When official currency is scarce or devalued in impoverished areas, people may not have access to basic necessities. But when those areas have community currencies, like the ones fostered by Grassroots Economics, residents can still purchase vital goods while growing their local economy. And community currencies are highly adaptable, meaning populations can customize them to meet their unique needs. Those currencies can also provide additional value by helping communities identify and address shortcomings.

Bangladesh, Kenya — not to be confused with the Southeast Asian nation of the same name — is an informal settlement, or slum, outside Mombasa. In 2012, CANVAS TV Belgium reported that the settlement’s population of some 20,000 people depended on jobs in a nearby industrial zone for their regular income.

But when that work stopped — which happened sporadically — so did the flow of capital into the community. For residents of Bangladesh, that meant meeting everyday needs was always balanced on that precarious situation.

However, plenty of work needed to be done in Bangladesh. Streets and roofs needed fixing, buildings needed painting, and public sanitation needed attention. Scores of unemployed local workers were capable of performing those tasks. But the work went undone even when people were temporarily out of work because the community had no money to pay them.

The solution to Bangladesh’s problem came in the form of vouchers for a new currency — the Bangla-Pesa — issued with the help of Grassroots Economics. That medium of exchange was backed by the community’s own products and labor, providing a stock of capital with which people could pay each other for work and, in turn, meet their basic needs.

“Value shouldn’t necessarily depend on whether people have money,” said Caroline Dama, Co-Founder of Grassroots Economics. “Even if they don’t have a good, they can come up with a service to offer. They can do something for the community, and the community can pay them in vouchers.”

One benefit of currencies like the Bangla-Pesa is that they keep the value within the community rather than seeing it exported by other means — including loan repayments. That helps the small businesses and people inhabiting rural areas and informal settlements where national currencies may be scarce.

The circulation of value also encourages development rather than dependence on external donors, empowering communities to take charge of their own social and financial futures.

Grassroots Economics designed vouchers as a regional means of exchange. They are not intended to replace existing forms of currency, but rather to supplement them in places and times when the official currency is scarce.

Such scarcity restricts people from completing transactions and meeting their own basic needs. Community currencies keep that economic activity and growth moving in the absence of traditional financial resources. 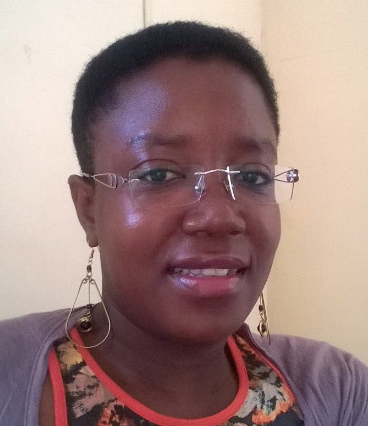 Caroline Dama, Co-Founder of Grassroots Economics, spoke with us about how the organization boosts economies in impoverished communities.

“People are very innovative. They look for ways to survive,” Dama said. “They come up with small businesses that they offer to each other. Most of the time, they’re not buying because they don’t have money. We show them that it’s possible to get things moving because everyone has something to offer in the community.”

Vouchers can be used in day-to-day transactions to acquire locally produced goods and services. By spending vouchers to meet these needs, people can keep more of their national currency. They can use that official currency to acquire items they can’t access within the local economy, or set it aside and build their savings.

“With the introduction of the community voucher, people could save more because the money they would have used to access food for their daily use, they would instead access with the voucher, which would save more of their national currency,” Dama said.

Another benefit of community currency is that it keeps value local. But the concept itself can serve diverse locations around the world.

Each voucher system can be customized, and that flexibility allows the system to meet the unique needs of individual communities. In essence, community currencies formalize pre-existing informal labor arrangements and exchanges that occur within low-income populations around the world.

“When you talk with the people on the ground, and you hear the challenges they face, you feel acceptance the moment you explain how it is working. Immediately they see how it’s a solution for them,” Dama said. “Each community tells us how they want their voucher to look, and that brings a lot of ownership. It’s something that’s theirs, and that’s empowering.” 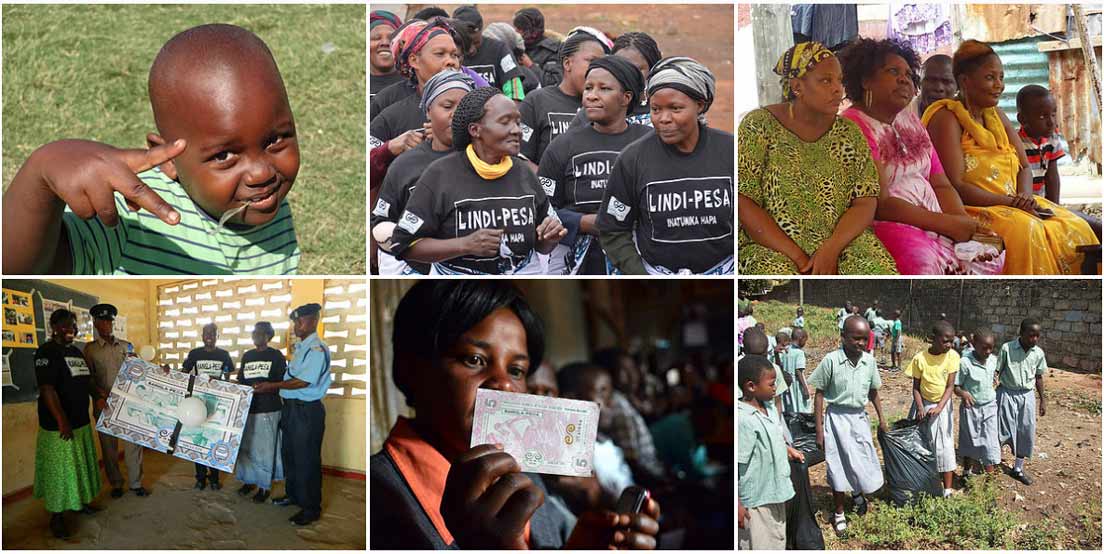 “People who move into a new country often have nothing to offer but who they are. They want to try it so it can bring inclusion for them — essentially showing they have value,” Dama said. “It’s a promise from the community that, as long as you live there, you’ll never have to go hungry just because you don’t have money.”

The blockchain revolution has demonstrated that people around the world are prepared to embrace alternative forms of currency, particularly digital ones that offer security and ease of use. Following the success of its paper vouchers, Grassroots Economics is already working on bringing community currencies into the digital age.

Grassroots Economics partnered with Bancor, designer of a decentralized liquidity network, to establish Sarafu.Network, a blockchain system for exchanging digital community tokens. These currencies, like other cryptocurrencies, will be difficult to steal or counterfeit while simultaneously being easy to transfer. And the architecture of blockchain technology aligns well with the decentralized financial systems of Grassroots Economics.

Grassroots Economics and the Safaru.Network aim to bring nearby local economies together.

But rather than just digitizing community currencies, Sarafu.Network adds additional innovations. Tokens from neighboring communities can be linked, creating a means of making payments with others in a region. That can foster access to external goods and services even when national currency is scarce.

Digital community currencies can also keep power in the hands of locals rather than distant authorities. And blockchain ledgers will provide greater insight into the flow of funds. That data can unearth unrecognized needs within the communities using these tokens.

“What they are spending most of their vouchers on? How can we help? In one community, those insights resulted in funding for water sources because it saw a lot of voucher spending on water,” Dama said. “I think that’s something exciting — to use technology to help communities thrive.”

As of 2019, more than 87,200 Safaru Credit currency units are in circulation and have been used in more than 40,000 blockchain transactions. In Bangladesh, the currency supports 20 local businesses that provide necessary goods and services to residents while enabling the proprietors and employees to do the same for their families.

But aside from economic growth, community currencies like the Bangla-Pesa hold the promise of even greater personal gains.

“There’s value in people talking to each other. And, for some reason, because people don’t have money, they feel embarrassed,” Dama said. “When you take out that sense of embarrassment and everyone feels valued, they really talk and come up with solutions. I think it’s good for governments to look at it that way. Sometimes you need a lot of bottom-up solutions, and they only happen if people share ideas.”

Food, clothing, shelter, and security are also fundamental needs. When humans don’t have these things, they’ll focus on obtaining them before devoting attention to other concerns. But once they meet those needs, people are free to pursue other constructive activities.

“It’s hard to engage people who aren’t meeting their needs,” Dama said. “But in time, you see rising participation, especially in terms of gender.”

Dama said that women could take more active roles in community-building when they’re not devoting all of their time and energy to feeding their families. Once they become actively involved, women often effectively communicate the community’s needs, and local leadership becomes less male-dominated.

“It’s something empowering about seeing a woman who, before, was always sitting at the back bench able to stand in front of others and articulate issues well,” Dama said.