In a Nutshell: No news is good news, as the old adage goes, and if you tap into the 24-news cycle these days, you may very well begin to feel that’s true. The Good News Network is an antidote to that. Established in 1997 by a veteran of broadcast news, Geri Weis-Corbley, the online news site specializes in feel-good stories from around the world that remind you of the good that’s happening all over the place. Compelling financial stories on the site have included an art studio that was able to stay afloat after cuts in federal funding thanks to donations from strangers; a teenage boy who spent his Bar Mitzvah money on shoes for kids in a lower income neighborhood; and a Chicago-based chef who used his prize money from a reality show to feed the city’s homeless.

Geri Weis-Corbley was listening to news on the radio about women being raped during the war in Bosnia-Herzegovina, when she got a jolt. Her six-year-old son was also in the room, and she didn’t really want him exposed to such tragic stories. The idea of creating an outlet that would report only positive news to offset the barrage of negative news covered in mainstream media had originally come when she was an ENG news camerawoman two months out of college. More than a decade later, the idea returned to her in that moment sitting with her son, and she was finally in a position to turn it into a reality.

When Geri started the Good News Network in the late 1990s, she got a lot of flak from colleagues in the news business. “They said I was gonna get crushed by a 500-pound gorilla,” she said. 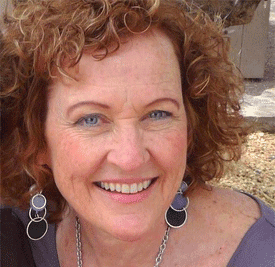 But other media outlets praised her efforts, even from the get-go. Women’s World Magazine did an article on her within two months, followed by NPR and the Washington Post.

Geri notes that whenever notable negative events occur, like the terrorist attacks of 9/11 or the Wall Street crash of 2008, her web traffic has surged. “People are just looking for good news,” she said.

One of those stories came right on the heels of 9/11. All flights in or out of the United States that day were grounded, and diverted to a little Canadian town called Gander, she said. The people there immediately opened up their homes to the tens of thousands of passengers on those flights — who later started a scholarship fund for the town.

Big news events aside, however, “If people are depressed, or hard on their luck, they should have a place to go that revives their faith in humanity,” Geri added.

Many people are troubled by financial hardship, so good money stories can be few and far between, which is why we found the website’s money stories so compelling. The gamut of surprising and heartwarming stories includes one about the woman who recovered her wallet intact — including all her cash — some eight years after losing it. Another story tells of an art studio for the mentally ill that lost federal funding in Canada but was saved by donations from strangers. Then there’s the story about the boy who used his Bar Mitzvah money to buy shoes for children in lower-income families.

Cultivating a News Site Based on Google Searches, Fan Mail, and Word of Mouth

Geri has a staff of four: herself, a managing editor, a Latin-American correspondent, and an IT person.

They get some of their news tips the old-fashioned way: from press releases and emails from businesses or individuals, with stories to share. “Sometimes when we’re lucky, these stories are not covered by anybody else,” she said. They also do daily Google alerts for relevant keywords and have dozens of fans who regularly send links to stories from around the web.

One of Geri’s favorite stories is about a Filipino girl who received a shoebox filled with Christmas gifts from a boy in Idaho. Some 20 years later, the two were married.

The most popular stories in-house, and for readers, are those that tell stories of anonymous and random acts of kindness, Geri added.

The site has more than a half million followers on Facebook, which has provided good visibility for the website, she said. On the other hand, she added, “We do a lot of news stories that we know are not going to get a lot of clicks, but simply showing people the positive headlines can make a difference in their mood,” she said. “That’s our goal: to alter people’s consciousness about the good that’s going on in the world.”

Here are some of our favorite money-related stories featured on the website.

Ciro Ortiz is known as the emotional advice kid in the New York City subways, where he does his business. The young therapist charges $2 for a five-minute session, and he makes an average of $50 per day — all of which he gives to his classmates who can’t afford school lunches.

Ciro first got the idea after being bullied at school. His parents encouraged kindness, so he channeled what he’d experienced into empathy for others, and now he’s developed a respectable reputation as someone who helps anxious adults solve problems. To his own parents, who apparently grumble about how times are changing, Ciro reportedly said, “Try to accept change. Everything changes. We change, too.”

It’s well-known that art can be cathartic for many people. This has been especially true for people with mental illnesses. Recognizing that was true on a personal level, Nigel Bart, a Canadian man diagnosed with schizophrenia, opened an art studio so others could have the same beneficial boost he had experienced from art therapy.

Called Artbeat Studio, the Winnipeg, Manitoba-based non-profit established in 2005 gives people suffering from depression, anxiety, and other disabilities a space to create art and build a sense of community for. 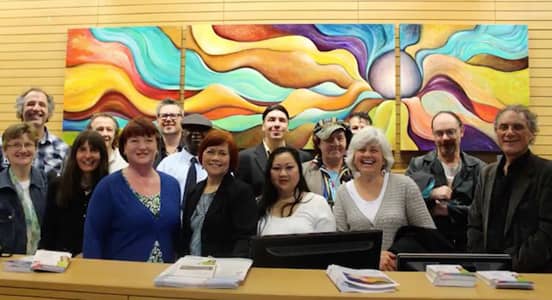 After losing its grant funding, Artbeat Studios was saved by community donations in 2015.

A decade after opening, the studio faced the possibility of closing when it failed to get a federal grant that it had relied upon. Instead of folding, the studio got the word out to the public. Nigel himself told news media that art offers the mentally ill that much-needed boost in confidence and self-esteem medications cannot provide. “Doing art helps people feel better,” Nigel said.

Strangers responding to that simple message donated even more than the needed amount of $150,000.

In 2014, the US Department of Health and Human Services released a report showing that a 17% decrease in hospital-acquired infections between 2010 and 2013 resulted in 50,000 fewer patients dying in hospitals, saving $12 billion in health care costs.

In 2013 alone, 35,000 fewer patients died in hospitals, with fewer than 800,000 incidents of harm occurring — saving approximately $8 billion, according to HHS. 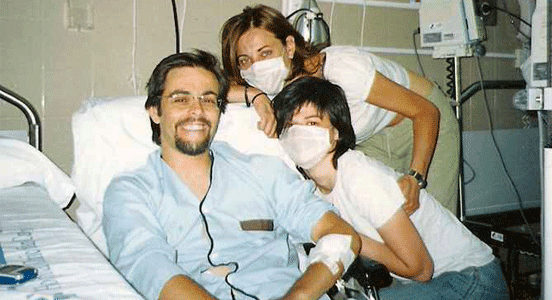 Fewer hospital mistakes have resulted in an estimated 50,000 fewer patient deaths in the US.

The article attributes the improvements to provisions in the Affordable Care Act offering Medicare payment incentives to improve the quality of care in hospitals. In 2011, HHS also launched Partnership for Patients, targeting specific hospital-acquired infections such as pressure ulcers and surgical site infections.

As of last February, the Good News Network had posted over 18,000 stories — since it was founded in 1997. This coming August, the website will reach its 20-year mark. Geri told us a Spanish-language version of the website is likely to launch this summer, since the need for positive media extends beyond the English language.

With regular reports of terrorism, corruption, and crime, enough bad news exists in the media cycle. For readers who want to be reminded of all of the great things also happening around the globe, stopping off at the Good News Network can provide a glimmer of sunlight in what can often seem like a gloomy world.