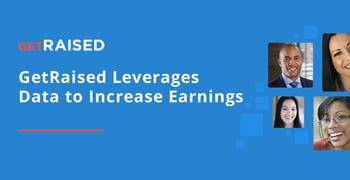 In a Nutshell: The key to earning a raise is demonstrating your tangible value as an employee. GetRaised simplifies that daunting task by evaluating worker income so employees can present data to their employers showing why they deserve a raise. The service is automated, free, and has proven especially valuable for women in the workplace, as it provides information analysis that can help close the gender pay gap. GetRaised is part of a group of related platforms and projects that aim to expose unfair employment practices and ensure that workers receive fair treatment and the compensation they deserve.

Certain office conversations are difficult to have: resolving a conflict between two or more employees or fessing up to a costly mistake, among them. Another discussion that can be hard to tackle is asking for a raise. Even when employees are armed with sound data to back up their petition, broaching the subject with a supervisor can be anxiety-ridden.

According to a 2018 Gallup poll, 43% of US workers felt they were underpaid. The key to those employees earning more money is providing their employers with evidence that proves their value to the company.

“People shouldn’t have to ask for corrective raises because the businesses should know what they’re doing,” said Matt Wallaert, Co-Founder of GetRaised, a platform that helps workers prove their value to employers. “In a perfect world, there wouldn’t be that problem. But we don’t live in a perfect world. In our imperfect world, asking for a raise can be effective.” 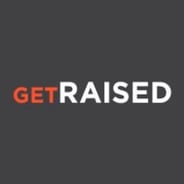 Wallaert is a behavioral scientist, author, speaker, and advocate for professional and economic equality. The first project he joined after leaving the graduate program at Cornell was Thrive, a platform quickly acquired by Lending Tree. Thrive was a platform to change user financial behaviors to help them control their spending and save more.

“We realized we had gotten it wrong in the sense that we had focused on what happened after you had a paycheck,” Wallaert said. “Every product I build is a reaction to my previous product. I spent time trying to figure out how we could raise people’s income. And we came up with, ‘Let’s get people to ask for raises.’ There are many people who deserve more money who aren’t getting it because they haven’t asked.”

So far, GetRaised has helped its users earn $3.2 billion in raises. And its tools are completely free thanks to Churnless, the digital strategy and product development company that maintains the platform. GetRaised users can evaluate their current earnings, learn if they’re underpaid, and take advantage of automated tools and support to take the initiative to improve their income.

“We run the numbers to tell you if you’re underpaid,” Wallaert said. “You don’t even have to think you deserve a raise. All you have to do is want to know if you are underpaid.”

GetRaised users enter their job title, the name of their current employer, annual income, the date and amount of their last raise, and their ZIP code — no other personal information is required. The platform then compares that data to the information in its database and tells users whether they’re underpaid compared to other professionals in their area. If so, it automatically generates a letter that explains the data and reasoning to their employer.

“The letter says, ‘Here’s the median market salary, here’s what I’ve done in the last six months to increase my business value, here’s what I’m doing in the next few months to increase my business value,’” Wallaert said. “It’s a highly structured set of questions, and they produce a letter with blanks in it. And as people answer the questions to fill in the blanks, it generates a letter they can use.”

Wallaert and his team initially suspected employers would be less than enthusiastic about GetRaised since it would inevitably motivate employees to ask for more money. But the opposite proved to be true. Employers say they appreciate GetRaised because it puts an emotionally charged financial discussion on rational, evidence-based grounds.

GetRaised generates data-driven letters that users can present to their employers.

“What’s annoying to bosses about the raise conversation is people just say, ‘I think I deserve more money’ or ‘My son’s going to college, and I need more money.’ Those are things that have nothing to do with the business,” Wallaert said. “But if you walk in and say, ‘Here’s the market salary in the area, here’s how long I’ve been with the firm, here’s what I’ve done since the last time my compensation was adjusted,’ then it’s a very different conversation. It’s structured, and they can talk about those specific things.”

Even if an employer isn’t forthcoming with a raise, that initial conversation can be a starting point to learn how to improve performance and ultimately achieve a higher income. But before that can happen, the conversation must take place. And Wallaert said that starting the dialogue is one of the employee’s most significant stumbling blocks. That’s where GetRaised helps workers get started.

Employees are often reluctant to engage their bosses on the subject of compensation for a variety of reasons. Just because they have a professional, evidence-based letter in hand doesn’t mean they’re going to submit it to their boss.

But GetRaised provides a gentle nudge by following up with users who’ve generated letters, encouraging them to follow through, and open a dialogue.

“One thing that happens is people shy away,” Wallaert said. “It’s an uncomfortable conversation. They get nervous, and they don’t end up going and doing it. And so by prompting them a little bit, asking, ‘Did you hand that in?’ ‘Did you schedule a meeting to talk about it?’ ‘Did you ask for the raise?’ That push can help get people across the finish line.”

That encouragement to ask for a raise is especially crucial for women. The pay gap in the United States remains a persistent barrier for female workers.

“We know that, statistically speaking, white women are underpaid by 20% and Hispanic women by 50%,” Wallaert said. “When they ask for a raise, it’s more of an emotional appeal, whereas men are saying ‘I’m worth more money. I’m amazing. Give me more money.’”

This difference in professional attitudes is the pivotal point in the dilemma. But the problem itself extends far beyond the workplace and begins before women enter the workforce.

GetRaised won’t solve that systemic social problem in a single swoop. But the tools that GetRaised offers serve the valuable purpose of exposing those problems and putting people in positions to achieve equitable pay.

Wallaert has developed other resources as part of his mission to help workers get the pay their contribution to their company’s success has rightfully earned them. The tools not only contribute to increased income but also the larger project of wealth creation.

SalaryOrEquity addresses another sex-based financial issue: the fact that women are less likely to accept offers that include an equity component. Instead, they are more inclined to take short-term, concrete gains than invest in a long-term, riskier strategy that involves equity in an enterprise.

As a result, women don’t earn compensation proportional to the effort they put into building a company, which leads to less wealth accumulation for women in startups. Another consequence is fewer female angel investors, which limits diversity in the financial space.

SalaryOrEquity provides comparisons and translations between salary and equity-based offers. The tool enables employees to make educated financial decisions that may pay higher dividends in the long term.

The GetRaised platform is free to users thanks to its partnership with Churnless.

Another of Wallaert’s upcoming projects, BetterOfferLetter, tweaks the concept behind GetRaised. The platform caters to employers instead of employees, and it helps employers make fair, data-based offers to their workers.

“The wage disparity coming out of college for men and women is about $6,000 for the same job,” Wallaert said. “Men negotiate their starting salary, and women say ‘Whatever your offer is, I’ll take it.’ It starts from the very first moment you take your very first job. It’s no accident that the starting gap is $6,000, and the average raise on GetRaised is $7,000. You start underpaid, and you continue underpaid until someone comes along and corrects it.”

BetterOfferLetter is a template tool that lets employers demonstrate how employers calculate their offers. That information puts contract negotiations on a solid and objective foundation.

Since developing GetRaised, Wallaert has been busy with other campaigns and projects. Some, including #IAskedHer and #WhyMenAttend, have helped male workers recognize and correct sexism in their midst, and foster an interest in gender-focused events. Another has explored the technical challenges of developing machine translation for Klingon. Each project is challenging, but Wallaert never shies away from a problem in need of a solution.

Wallaert also has his eye on business reactions to the Covid-19 pandemic and subsequent recession. One startup he heard about laid off white male employees and gave them severance packages. It retained women and people of color on its staff and promoted them from hourly to salary. The problem is that those employees had to pick up the slack left by the departing workers, and they won’t be getting overtime to do so.

“The pandemic has resulted in layoffs that probably had nothing to do with coronavirus. Companies were too big, and they’re using this as an excuse to cut labor without getting questioned. And when they do that, I think there’s a lot of shady activity going on,” Wallaert said. “But then you wave your hands and say, ‘Look how good we are! We retained all these people during coronavirus!’ I say, ‘No, you did some sketchy labor things under the guise of coronavirus in hopes no one would notice.’”

Wallaert’s ultimate goal is to publicize those situations to raise the profile of such underhanded practices masquerading as equality and concern for worker well-being. They resulted in Project4255.com, a site where people can donate to support diversity in the computer science field.

Wallaert said he shares the mission of GetRaised and his other projects: identifying, exposing, and correcting workplace iniquities.

And like GetRaised, it all starts with a single question: “Are employees being treated fairly?” Answering that simple question is the first step toward greater social and economic equality.