GeoDB: A Blockchain Ecosystem that Rewards Users for Sharing their Data with Brands and Businesses 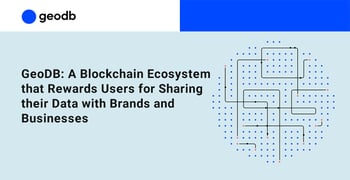 In a Nutshell: Data collection, analysis, and sales are big business on the internet, and that’s unlikely to change any time soon. But under the current model, data is not always up to date, and users typically receive no compensation when their information is purchased. GeoDB aims to disrupt that model by collecting anonymous data and compensating users for the data they generate. Consenting users can automatically share their data and, in return, earn GEO tokens. The tokens can be sold for fiat, exchanged for other cryptos, or be redeemed on the platform for discounts on digital products and services.

People who took economics classes in high school may remember the acronym TANSTAAFL — which stands for the economic expression “There Ain’t No Such Thing As A Free Lunch.” That means that whenever you run across something proclaiming to be free, there is always a caveat or a hidden cost, which is certainly true of free digital services and apps.

For example, navigation apps collect your location and travel data. Search engines may provide free web queries and a host of other tools, but the company may harvest data on your searches, browsing history, or internet activity. 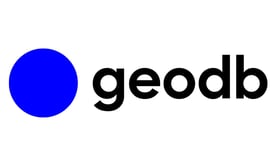 Many services and platforms use data to optimize their products and offerings. But that data holds even more value for third parties, including advertisers or analytics firms. The companies collecting the data often sell it, but the users get nothing in return — except for more targeted advertisements and app features.

That can often be a lose-lose situation. Companies give up user data, but it is also frequently out of date, which is less useful for the buyer’s purpose.

GeoDB plans to change both sides of that equation with its new blockchain-based data-sharing model. Users consent to share their data anonymously and automatically, making it accessible to buyers who can consume this data together with analytical tools available on the platform.

The system enables easy, affordable access to actionable information for businesses. And the platform rewards users with tokens that can be converted to crypto, fiat, or on-platform discounts and perks.

“This is a big change in the game because users weren’t being rewarded before,” said tLuis Gelado, CEO and Co-Founder of GeoDB. “Usually, data buyers approach companies, and they try to make a deal. But users generate all the data. Someone is selling it, but you’re not getting anything.”

But through GeoDB, users earn direct compensation for their valuable digital data.

Wave captures a lot of live data, which is a valuable commodity. As a result, the team was approached by companies asking them to sell that data.

“Data buyers didn’t have too many reliable places to buy data — and they still don’t,” Gelado said. “They can buy from some brokers, but that data could be from one to six months ago. So it’s not like the data from yesterday. The second problem is that companies like WLT are willing to sell data, but they don’t have instruments to do so in an automated and compliant way.”

GeoDB solves both of those problems simultaneously using blockchain technology. Through its network, GeoDB can almost instantaneously collect data from consenting users and make it quickly purchasable in a straightforward way. Users receive compensation for their data instantly in the form of GEO tokens, which can be redeemed within the GeoDB ecosystem for other currencies or discounts on products and services.

“The GEO token is like the fuel for our ecosystem,” Gelado said. “We use it as the main currency in the GeoDB ecosystem, which represents data value.”

GEO Tokens Can Be Sold for Cash or Redeemed for Discounts

Under GeoDB’s compensation model, developers cannot receive more than 20% of the reward pool generated from data sales. That means the remaining 80% or more goes to the users generating data, all without the latter revealing any sensitive information.

“Imagine you are the person sharing your data. You don’t have to do anything,” Gelado said. “You allow data to be captured and sold anonymously. It’s tracked on the blockchain, so we don’t take your name or email, just your behavior.”

To maximize value and user rewards, GeoDB has deployed targeted apps to collect user data. One example is GeoCash, which captures location data and information about the user’s mobile device, such as the screen size and operating system. Another is an app that collects data about running habits; this is particularly valuable to athletics and lifestyle companies who use information about when, where, and how people are running to improve their offerings.

GeoDB will make it easy for users to both earn and exchange tokens for crypto and discounts.

A third example is its receipt analysis app that allows users to capture and upload an image of their shopping receipts. The individual items listed on the receipts are automatically recorded, providing producers with direct information about who’s buying what, where, and when. While all of these are proprietary, GeoDB’s ecosystem supports third-party apps as well.

Both proprietary and third-party apps will reward users with GEO Tokens. Users can trade these tokens on the exchange for other cryptos or fiat currency, or they can opt to redeem them within the platform. They will receive discounts on third-party services, like streaming providers and certain products, similar to customer loyalty programs.

“GEO Tokens are the only currency to make transactions in GeoDB ecosystem. And they’re also attractive to investors, so it helps to raise funds,” Gelado said. “The theory behind crypto is the supply is already well known. If you believe and you see that my product will grow, then the more it grows, the more money comes in in the liquidity of the whole ecosystem.”

Data companies that buy digital information use it to provide services and consulting based on its analysis. GeoDB’s offer of quick access to current data has already generated interest among many firms.

“They’re the first committed partners who said, ‘We want to buy data because we have this problem of where to buy data,’” Chevtaev said.

In the second phase of the GeoDB marketplace, these service providers will integrate their algorithms and analytic services into the platform, making them available to businesses at every level. Critical data can be acquired more cost-effectively, since there are no intermediaries and the process is automated, making it particularly valuable for small businesses with limited budgets.

Data shared on GeoDB is anonymous, and users will earn tokens for allowing third parties to analyze it.

Gelado illustrated the process using as an example the opening of a small coffeehouse. The proprietor may want to find the best possible location to set up shop based on the type of customer he or she is trying to attract.

“You should go to GeoDB and say, ‘This is the portrait of my customers, these are the spots I’m thinking about on the map, and this is the time frame. Show me which spot is better,’” Gelado said. “You are acquiring raw data, and, on top of that, you are acquiring a service from one of these data service providers.”

Equally as important is that the coffeehouse proprietor in the example above is acquiring the raw data more ethically because users consent to provide their information for this purpose. And they are compensated for doing so — rather than having their data collected under the pretense of improving an app and then directly commercialized through sale to a third party.

GeoDB’s venture won’t stop other companies from collecting and selling data, but its offering to acquire live data in an easy, automated way will disrupt the industry and challenge those competitors. Besides providing more updated data, the platform’s equitable arrangement is attractive to users, creating more useful information.

GeoDB is hard at work developing the infrastructure to support that new model, focusing on three main areas. First, on the business side, the team is forging new partnerships to expand the platform’s value to users. Second, on the technical side, the marketplace is preparing to launch in Autumn 2020, which will provide access to raw data.

“People who really want to buy the data are already ringing the bell, waiting for it,” Gelado said. “And the data is being accumulated now by the users we have.”

The marketplace’s success depends on creating value for users who generate the data, which is part of the company’s third initiative: ensuring token value and liquidity. GEO Tokens are now listed on BitForex and Bione, and GeoDB is moving into the broader Asian market soon. That was a strategic choice, as the company wants to focus its initial efforts in Asia, a region that is already home to well-developed markets for crypto trading — but that doesn’t necessarily trust outside firms.

Luckily, GeoDB has legitimacy concerns covered thanks to its crowdfunding initiative on Seedrs, a U.K.-based platform with a reputation for performing due diligence on participants. Seedrs held GeoDB responsible for proving every claim it made in its campaign, including the experience and credentials of its team members.

“We have passed all the tough paths of due diligence already. They checked everything,” Gelado said. “And people know about this platform, so it was very good for our investors, community, and it works very well to validate your crypto community because they said ‘Okay, these guys are legit.’”

In addition to validating GeoDB’s legitimacy, the Seedrs campaign fulfilled its purpose of funding the project. The platform now has not only the professional legitimacy to break into the market but also the capital it needs as well.

“We overachieved the goal significantly. We raised £1.5 million,” Gelado said. “We are now fully covered with funds to finalize the technical development, to start gaining traction, and then going for the next professional round.”