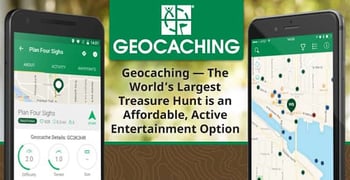 In a Nutshell: Geocaching is a popular outdoor activity that almost anyone can do. Using a GPS device or an app running on a GPS-enabled smartphone, geocachers locate hidden objects at specific locations using GPS coordinates. It is inexpensive — especially if you own a smartphone — and offers a great way for family and friends to get out and do some exploring. Geocaching.com is the website of Geocaching HQ, and the site provides the free official app that lets you keep track of your activities and log the caches you find. This is a fun way to get out with the family and get some exercise, and, unlike most other leisure activities, you won’t need to spend excessively to participate.

Two women travel to Florida in January, one from Germany and one from Canada. They didn’t know each other, but they soon discovered an amazing connection neither of them could have predicted.

A group of four men leave the Netherlands in a mid-sized sedan and travel over 2,000 kilometers through 15 countries, stopping to retrieve something in each of the countries they visit. They complete their journey 22 hours and 25 minutes later.

A woman from Seattle travels to Austria to meet two friends from Germany, and to climb 200 meters up the side of a mountain, despite no previous experience with rock climbing.

Two friends from Canada are out for a weekend backcountry adventure and come across a hiker, who had fallen two days earlier and was unable to walk. They called authorities and the man was rescued by an emergency response team, likely saving his life.

You might ask, “What do these stories all have in common with each other?” They all took place while the participants were geocaching. If you’re not familiar with the activity, geocaching uses a handheld GPS device or a GPS-enabled smartphone to locate a hidden cache (or concealed object) at a particular set of GPS coordinates.

Since it was first introduced in 2000, geocaching has grown in popularity as a fun and inexpensive way to explore the outdoors. Friends, family members, and complete strangers get together and set out to discover hidden “treasures” in their own towns and cities, as well as in other countries around the world. It’s an activity that allows people to get outside and exercise, while spending very little money in the process.

Located in Seattle, Groundspeak Inc. is the parent company behind the team at Geocaching HQ, which created the official mobile app and website that maintains the status of geocache locations and members worldwide. We recently had an opportunity to speak with Chris Ronan, PR Manager at Geocaching HQ, who answered some questions we had about geocaching and gave us his take on its growing popularity.

“Geocaching is a fantastic way to explore the world around you,” Ronan said. “Besides being a fun way to find new places, we hear countless stories from people who discover something in their own area that they never knew existed.

More than 3 Million Geocaches in Over 200 Countries

In 2000, when Geocaching was established, a total of 75 caches had been hidden. Today, there are more than 3 million geocaches in over 200 countries around the world. It’s not a stretch when you hear people refer to this as the world’s largest treasure hunt. So, just what is a geocache?

The term “geocache” comes from the words “geo,” meaning geography or earth, and “cache,” meaning something that’s hidden or stored away for later retrieval. In the case of Geocaching, the “something” that’s stored can be small trinkets, coins, or just about anything else someone would enjoy finding. Each cache also houses a logbook and writing instrument for you to sign, letting others behind you know you were there.

A geocaching container is almost always weatherproof. It can be a plastic food container with a lid that seals, a film canister, or any small storage box. Other larger caches can be the size of a shoebox, such as an ammo can. When you start your geocache adventure, a description of the cache will list its size, so you know generally what to look for. There will also be clues to help you locate the exact spot where it’s hidden.

One rule among Geocachers is that, if you take something from the container, you must leave something of equal or greater value in its place, such as a coin, a small toy, or a polished stone. Seasoned Geocachers will often have personalized trinkets, or Trackables, that are moved by Geocachers from one location to another. But, of course, the primary goal of Geocaching is to get out there and have fun discovering something in unexpected places.

“One great thing about the game is each person can decide how they want to play,” Ronan said. “If you like long hikes in the forest, there’s a geocache for that. If you prefer to stay in the city, there are plenty of geocaches for that. Difficulty and terrain ratings on each geocache help players to decide which caches best suit their interests.”

Geocaching is Also Good for Your Health

With lifestyles becoming increasingly sedentary, geocaching provides a great excuse to get outside and do something physical. It also engages both the mind and body. Finding the location of a hidden cache can sometimes be like solving a puzzle. That’s one reason why children and teens are naturals at Geocaching; they are great puzzle solvers.

A study conducted by Texas A&M followed 1,000 active Geocachers for a period of one year. The study showed the average participant walked 10 miles per month while geocaching and approximately 1.5 miles for each outing. This translates to participants averaging 134 minutes of physical activity a week, which is just under the Centers for Disease Control and Prevention’s weekly recommendation of 150 minutes.

In addition, participants in the study reported improved health status and fewer days of poor mental and physical health than a comparative sample. The study’s authors said these findings are significant in that they support nontraditional methods of physical activity as an effective part of a healthy lifestyle for people of all ages. And the cost for all of these wonderful health benefits? Ronan put it best.

“You get a lot of bang for your buck,” Ronan said. “Anyone can download the Geocaching app and play for free. We do offer premium membership for $30 a year, which provides unlimited access to all features on the website and the Geocaching app.”

With geocaches in locations literally all over the planet, some caches can be found in spectacular and unusual spots. We did a little digging (figuratively) and found some of the more challenging and exciting placements in the world … and beyond.

Of course, the vast majority of geocaches are attainable by just about anyone. Whether you live in a city or a suburb, in the desert or the mountains, there is likely to be a geocache within minutes of you. The opportunities to go out and explore your local area are practically endless. There are also more than 30,000 Geocaching events held each year, where you can meet others with the same interest. 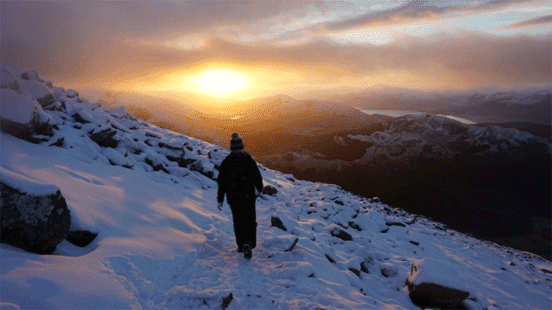 Geocaching takes participants to parts of the world they may have never discovered otherwise.

Oh, remember the two women at the beginning of the story who met in Florida? Well, it turns out they had each been geocaching in the same area one year apart. The Canadian woman had lost one of her favorite trinkets the previous year while hiking to the location. It turns out the woman from Germany had found it on the trail that day and quickly went to her car to retrieve it and return it to its rightful owner.