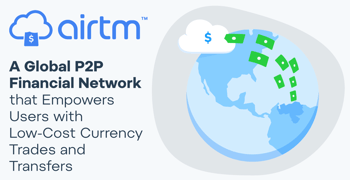 In a Nutshell: Airtm is a global network that allows users to store, exchange, and transmit funds in the forms of fiat, crypto, and gift cards. Airtm’s peer-to-peer conversions offer faster speeds and lower fees than transactions conducted through banks and payment services. And, Airtm’s peers earn commissions for exchanging currencies and moving money across borders. Among the manifest benefits of fast conversions and remittances, contract workers can receive payments more efficiently. Through Airtm, underserved individuals in struggling markets — particularly in South America — are better able to store their money and ensure it retains value.

The nation of Venezuela is currently in the midst of one of the most severe instances of hyperinflation in history. As of 2018, when the Venezuelan government stopped producing official estimates, the inflation rate was over 1.6 million percent. According to the BBC, as of mid-2019, a cup of coffee cost 2,800 bolivars, up from 0.75 bolivars just 12 months prior.

This catastrophic downturn has made it increasingly difficult for citizens to obtain everyday necessities like food and medicine. This situation has resulted in a mass exodus from the country as people seek employment outside Venezuelan borders — not just to survive, but to help family members who remain in the country to survive, as well.

But sending remittances to Venezuela is not without challenges. First among these is getting the money there efficiently in terms of both time and cost.

And, once it’s there, how can people store it? Not in banks, since converting foreign fiat currencies into bolivar is tantamount to financial suicide, and not in cash, since crime is rampant. Storing funds electronically is a safer and more stable solution — and is precisely the solution provided by Airtm. 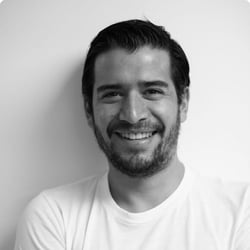 “We basically want to provide a solution for people who live in countries with broken economies to allow them to save in USD,” said Miguel Valencia, COO of Airtm. “Instead of you going to the bank and depositing to your ATM account, you’re using a peer-to-peer network”

Airtm is a global network, but it is particularly targeted at Latin American countries, especially those in dire economic straits like Argentina and Venezuela. The latter is, according to Valencia, home to 60% of Airtm’s user base. Venezuelans have turned to Airtm to survive in the midst of the nation’s volatile economy and rampant inflation.

Valencia said clusters of users in India, Russia, and Pakistan have also found value in the platform. American users, in particular, use Airtm to send remittances to family members abroad.

Users are able to deposit and withdraw through over 200 payment methods as well as peer-to-peer transactions, and Airtm allows recipients to store value in stable fiat or cryptocurrencies instead of converting it to unstable native currencies.

Airtm has facilitated transactions in 164 countries since its founding. “We haven’t invested a lot into paid marketing or paid advertising,” Valencia said, “so it means that our product has a lot of organic growth.”

That also means users have found in Airtm an efficient means of storing funds for themselves, sending it to family members, and reclaiming financial stability in increasingly uncertain economic times.

One of Airtm’s major selling points is the ability to store value in stable USD, and so its native wallet defaults to that denomination. It does, however, show exchange rates for other currencies that funds can be converted into. Fiat, crypto, and gift cards are all available through the platform.

But when users send payments or convert currencies, they aren’t transacting with Airtm. Rather, the platform’s purpose is to connect users who are able to meet each other’s specific needs.

“We have this network of peers or agents who are basically moving from one side to another, helping other persons to solve their needs,” Valencia said. “They are making money each time.”

Users can get started on Airtm in three simple steps.

“Any user can become an acceptor or a cashier,” Valencia said.

At launch, Airtm charged transaction fees that were close to 10%. But as the platform has grown and users have seen the financial opportunity in helping peers complete transactions, competition has driven the price down to around 3% to 4%.

“In some payment methods, it’s less than 0.5%,” Valencia said. “That’s basically how we are building this network and how this is working.”

Valencia provided us with a virtual guided tour of Airtm’s transaction process. To demonstrate, he used Mexican pesos to purchase some cryptocurrency, which is fundamentally the same as making other transactions on the network.

He started by adding funds from a Mexican bank account. He then created a request for an equivalent amount of the desired crypto.

“I select my bank from a list of banks in Mexico, and I say I want to deposit the equivalent of $100 USD. The platform will give me a predefined rate. This rate is basically calculated by an algorithm,” Valencia said. “I submit the request. And then I will wait for someone to accept that request.”

Valencia said that requests are usually accepted in less than one minute. For this transaction, the acceptor needed to have $100 worth of crypto available in their Airtm account. When a request is accepted, the two peers are able to chat within the platform to finalize the deal.

Once everything was agreed upon, Valencia’s money was withdrawn from his Airtm account and placed in escrow. The acceptor then transferred the crypto into Valencia’s wallet. Valencia confirmed receipt, and the money held in escrow was released to his peer.

This transaction was conducted directly, from one peer to another. But Airtm can also send money through payment services or directly to bank accounts, although in these cases, the transaction fees are higher.

For peer-to-peer transactions, though, rates are lower and transactions tend to be faster. Valencia’s crypto purchase was concluded in a matter of minutes and incurred a fee of about 4%. Part of that goes to Airtm, and the acceptor pockets the rest as payment for his service in exchanging currencies.

Valencia also pointed out another interesting use case for Airtm: a Colombian freelancer wanted to deposit the balance of an Amazon gift card into Airtm and was offering a 26% commission for any peer who was willing to help him do so.

This may seem like a large percentage, but this particular user wasn’t able to use that gift card in Colombia. He had received it as payment for freelance work he did for a client in another country, and so he was willing to pay a large commission to anyone who could help him convert it into a more practical form.

This anecdote illustrates how Airtm opens up new earning potential for Latin America-based freelancers. These remote workers are able to accept gigs that pay in a form they normally wouldn’t be able to use or through payment systems that are less advantageous.

One of these is Paypal, which is commonly used to compensate freelancers for their work, but it carries very high transaction costs and long processing times for nations in Latin America.

“They have a lot of friction for moving that money out of the PayPal system,” Valencia said.

Using Airtm, freelancers can pull the funds from PayPal and convert them into fiat, crypto, a gift card, or store the value in their virtual wallet. For nations with devalued currencies and volatile economies, this offers the ability to convert it to a more stable or practical form.

In March of 2020, Airtm will be releasing its first mobile app for Android (an iOS version is in the works but not forthcoming in the near future since it is not as widely used in Latin America). Valencia said the app will be able to transfer funds using QR codes, and it will also increase Airtm’s value as a digital savings account.

In April 2020, Airtm users will also be able to conduct automated clearing house (ACH) transfers. This will allow them to pull funds from U.S. bank accounts with very low fees. Additionally, Airtm will be introducing a debit card that will likewise make it easier to use funds stored on the platform for everyday transactions.

All of these innovations are pursuant to Airtm’s overriding goal of democratizing the global financial system and creating greater opportunities for the underserved — including workers living in Venezuela who must cope with the wild devaluation of the bolivar. 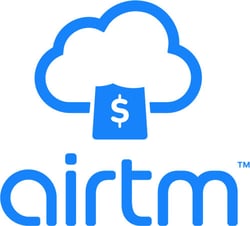 “It is just unfair for someone to work the same amount of hours in one country and to have much less ability to save that money,” Valencia said. “If you start talking to some Venezuelan people, you see people who work for 30 years with a company, they get their pension, and their pension is worth one cake or one small candy.”

Another issue in Venezuela and in Argentina is the disparity of exchange rates for USD. Banks will offer one rate, but if you exchange your currency on the street, you can get a much better rate.

“In 2018, the official rate was 10 times lower than the street rate,” Valencia said. “Let’s say you had physical dollars, and you exchanged those dollars, [the banks] would give 10 times fewer bolivars than if you went to someone in the street and you offered those dollars. It’s a phenomenon that’s unknown for most of the American people, but it is something that is happening, and we’re trying to fight against that and to make this easier and better for all our users.”