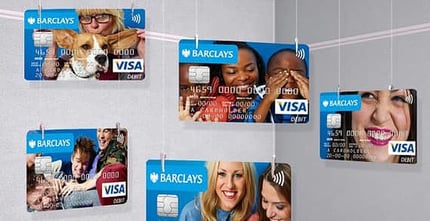 Is it easier for someone to impersonate you or use your card if it’s been stolen?

To find out, I’ve taken a close look at the question.

Credit card theft is the single largest form of fraud in the United States, affecting more than 8 million people per year.

Although there are no fraud numbers that deal specifically with custom-printed credit cards, there is anecdotal evidence that suggests personally identifying information on a credit card is not a great idea.

One example of this can be found in a Florida case where a credit card was customized with the holder’s face and a college logo, suggesting he was an alumnus of a certain university.

When the card was stolen, the thief was able to gather personal information from the school records that allowed him to assume the identity of the man.

“In this age of credit card

fraud, it pays to be on guard.”

While this is an extreme case, it’s not unusual.

Another case took place in Arizona, where a woman was caught trying to use a stolen credit card with a photo of the owner on the card.

It seems the card was stolen because of a resemblance between the cardholder and the fraudulent user.

The woman tried to pass herself off as the cardholder by saying “See, that’s me in the photo,” even though she could provide no ID. Luckily the store clerk didn’t fall for it.

Other reported incidents involve similar types of fraud when the thief attempts to use the personal information on the card to pass as the cardholder.

Although it is rare, this is just one more tool a potential crook can use to steal your information or run up fraudulent charges.

If you still decide you simply must have a customized credit card, try to choose something benign that can’t be used to further identify you. Examples might be pet photos, nature scenes or a sports team logo.

Things to avoid include any personally identifying information, the name or logo of a company you work for or own or any photos that can identify you or your family.

In this age of credit card fraud, it pays to be on guard. While actual credit card theft is fairly uncommon, there’s no point in giving a potential thief any help.

If you do suspect you’re a victim of fraud, contact your credit card company immediately.

What Are Credit Card Rewards?

Is it Bad to Open a Store Card for Holiday Purchases?

Can You Live Without a Credit Card?